A Gotham sizzle reel that debuted at the San Diego Comic-Con on Saturday night was 80-percent recap, but that other 20 percent included some fearsome stuff.

Press play above and then jump to the 4:15 mark to check out fresh Season 4 footage, including Selina unleashing some whoop-ass, the unveiling of the cool centerpiece at Penguin’s new Iceberg Lounge, a glimpse of [Spoiler]’s stone-cold, death-defying new look, and last but not least, the introduction of a a fully-costumed Scarecrow. (The fear-mongering villain of course was first hinted during a Season 1 episode about a teenage Jonathan Crane’s misguided father; it’s unclear which “Crane?” is now beneath the burlap hood.) 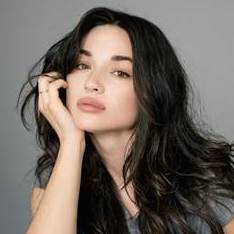 announced some new casting for Season 4, which will air on a new night, Thursdays at 8/7c: Crystal Reed (Teen Wolf) will play Sofia Falcone, the strong, intelligent and calculating daughter of Don Falcone. Having run the family’s business in the south over the last 10 years, she returns to Gotham to help Gordon take down Penguin.

Gotham Cast Video: A ‘Heap of Hell’ Is Coming —
Plus, a Non-Scoop Is Finally Revealed!