Some familiar faces are making tracks for Supergirl‘s National City, including a S.H.I.E.L.D. general who’s going to create major problems for Kara and Lena.

The cast of the CW drama assembled Saturday for its panel at San Diego Comic-Con, during which some juicy new castings were announced for the upcoming third season (premiering Monday, Oct. 9 at 8/7c):

First up, Adrian Pasdar (Agents of S.H.I.E.L.D., Heroes) will appear as DC Comics character Morgan Edge, a “ruthless” real-estate developer with big plans for National City. Known for getting exactly what he wants — no matter the cost, nor the opposition — he’ll almost immediately find himself at odds with Lena and Kara.

Additionally, Jane the Virgin star Yael Grobglas will slip into the role of DC villainess Psi, a formidable opponent capable of using her enemies’ minds against them. When she first meets Kara, the Girl of Steel will be affected in “surprising ways.” (Feel free to speculate what that could mean.) 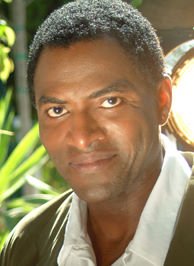 Also popping up in Season 3 will be Carl Lumbly (Alias) as M’yrnn J’onzz, the father of David Harewood’s Martian Manhunter. Known for being a “pacifist religious leader” on his home planet of Mars, Papa J’onzz will apparently push his son in “unexpected ways.” (Fun fact: Lumbly has voiced J’onn in several Justice League animated series, so he’s well versed in all things Martian.) 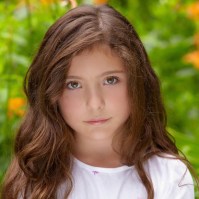 Lastly, Emma Tremblay (Wayward Pines) will appear as Ruby, an “independently minded” resident of National City whose obsession with Supergirl ends up putting her in grave danger.

Your thoughts on Supergirl‘s new additions? General hopes for Season 3? Whatever’s on your mind, drop it in a comment below.