Once Upon a Time is telling another Cinderella story.

At the D23 Expo in Anaheim on Saturday, exec producer Eddy Kitsis revealed that new cast member Dania Ramirez will be playing a new version of the iconic Disney heroine in the ABC drama’s forthcoming seventh season. Additionally, as many fans had surmised, she will indeed be Adult Henry’s (Andrew J. West) wife and baby mama.

Per Kitsis, the present-day story will be set in Seattle, while flashbacks will take viewers into the Enchanted Forest — but things will be a little different. “Henry is in a new Enchanted Forest, with characters that we have seen before but with different tales,” the EP teased. (Cinderella was previously played on Once by Jessy Schram.)

Storybrooke, however, is not out of the picture completely. Kitsis shared that “we may see it a few times throughout the year,” beginning, apparently, in the season premiere, when Jared Gilmore returns as Young Henry. “We’re going to follow him as he leaves home,” Kitsis shared, adding that Henry “wants to find his own story.” (For more from Once‘s D23 panel, click here.)

Scroll down for the first image of Ramirez as Cinderella, and then hit the comments with your thoughts of Once‘s Enchanted Forest reboot. 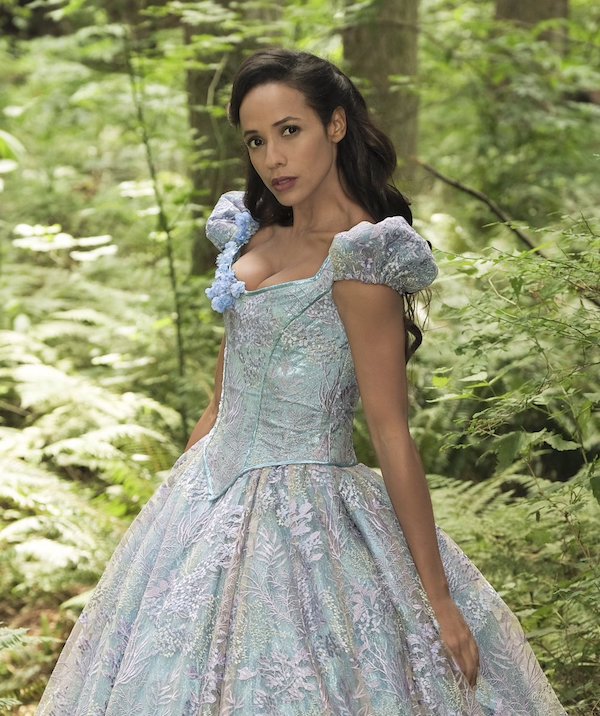