Spider-Man: Homecoming just swung into theaters — but Disney XD is already preparing to introduce the next Peter Parker.

Marvel’s Spider-Man, a new animated series, slings into action on Saturday, Aug. 19 at 7 am/6c. The announcement was made on Friday evening as part of the Marvel Animation panel at D23 Expo.

In this iteration, Peter Parker (voiced by Bread Winners‘ Robbie Daymond) is a student at Horizon High, a high school for young and gifted scientific minds. As he struggles to balance his social life and secret identity, he also has to worry about keeping best friend Harry Osborn (Transformers: Robots in Disguise‘s Max Mittleman) from getting into too much trouble.

Patton Oswalt (Agents of S.H.I.E.L.D.) provides the voice of Uncle Ben; Scott Menville (aka Full House‘s Duane) is the voice behind the sinister Doctor Octopus. Additional villains will include Vulture, Lizard and Sandman.

Press PLAY on the Spider-Man teaser above, then feast your eyes on newly released key art below. 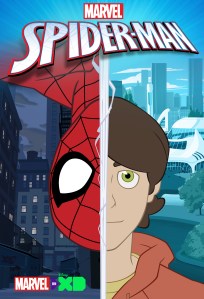 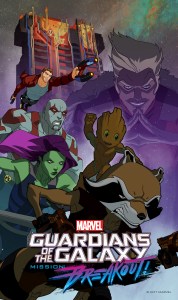