Something Stranger this way comes… and earlier than expected.

Stranger Things will return for Season 2 on Friday, Oct. 27, Netflix announced Tuesday. The premiere is four days before Halloween, which the sci-fi series’ 2017 Super Bowl ad previously indicated would be the show’s return date. 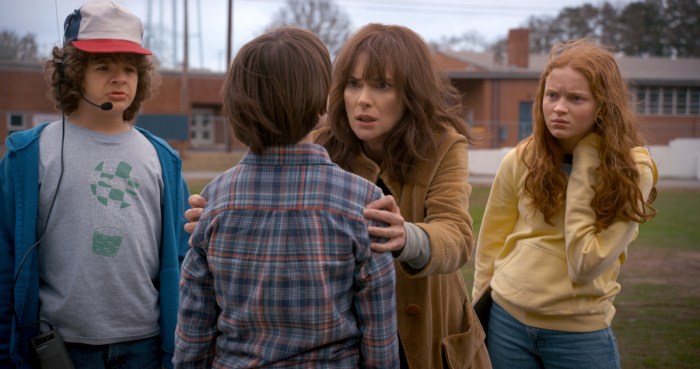 Netflix also released the seriously scary official Season 2 poster, which finds Mike, Dustin, Lucas and Will astride their bikes (naturally) and staring down an otherworldly beast as it bears down on Hawkins, flanked by ominous clouds and lightning.

The series’ Season 2 synopsis, provided by Netflix, is brief but frightening: “It’s 1984 and the citizens of Hawkins, Indiana are still reeling from the horrors of the demagorgon and the secrets of Hawkins Lab. Will Byers has been rescued from the Upside Down but a bigger, sinister entity still threatens those who survived.”

There’ll be a few new faces in Season 2: Paul Reiser (Mad About You), Sean Astin (Lord of the Rings), Will Chase (Nashville), Sadie Sink (American Odyssey), Dacre Montgomery (Power Rangers) and Danish actress Linnea Berthelsen all have signed on for upcoming episodes of the drama.

Peruse the poster below, then hit the comments with your Season 2 predictions! 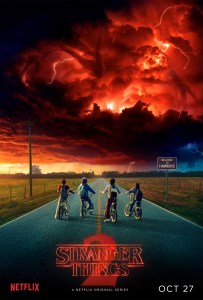