Sleepy Hollow is, sadly, still deader than Ichabod before Katrina worked her magic. But that didn’t stop star Janina Gavankar from throwing us a ye olde bone or two about what might’ve happened if Fox had renewed the supernatural drama for a fifth season. 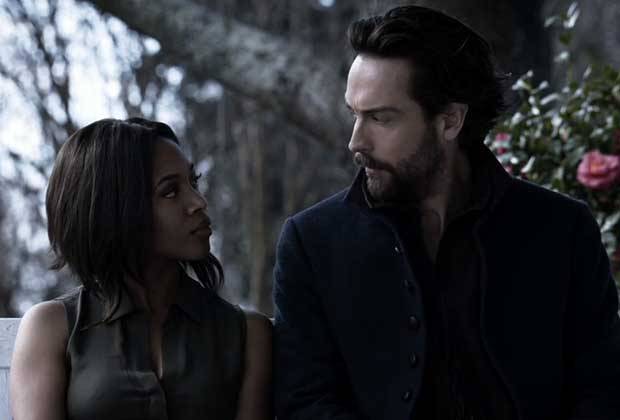 “I do think that we ended on a great note, story-wise,” she told TVLine before the Saturn Awards Wednesday. “Crane is off in [Washington,] D.C. He’s really found his footing. Jenny and he have found a new home there.” And, as we saw in the final moments of the series finale, “He and Diana are going off strong, taking down a kraken, of all things!”

In fact, that mythical sea beast likely would’ve returned in a “big, big case” at the start of Season 5, continued the actress, who next will voice a character in the Star Wars: Battlefront II video game. “How do we handle the sirens and the kraken, all water-worldly creatures?”

Other floated plots involved Diana’s daughter, who appeared in the series both as a young girl named Molly (played by Oona Yaffe) and as a time-traveling young woman from the future named Lara (played by Seychelle Gabriel), Gavankar said.

“Nobody told me the answer, but they were deciding whether or not Lara — older Molly — was going to be part of the cast and all of the stories,” she recalled, adding that she wondered how that relationship would have played out among the trio. “I wanted to know what happened to my baby daddy? Did we call to tell him, ‘It’s OK, we know that you’re not a werewolf?'” she said, laughing.

Ultimately, Gavankar said, Sleepy Hollow‘s legacy is that “they never shied away from having a plethora of complicated, strong female characters. There are so many shows where there’s only one female series regular, and that show, there were so many. Everywhere you looked, there was some badass girl running around, taking down monsters. I loved that about that show and I hope many, many more follow suit.” — with reporting by Vlada Gelman