Netflix has finally come to its Sense8-s.

Co-creator Lana Wachowski took to Facebook on Thursday to share a very important update on the fight to save the canceled series, announcing that there will be “another two-hour special released next year,” which reveal “what happens to Wolfgang.”

Read Wachowski’s statement in full below: 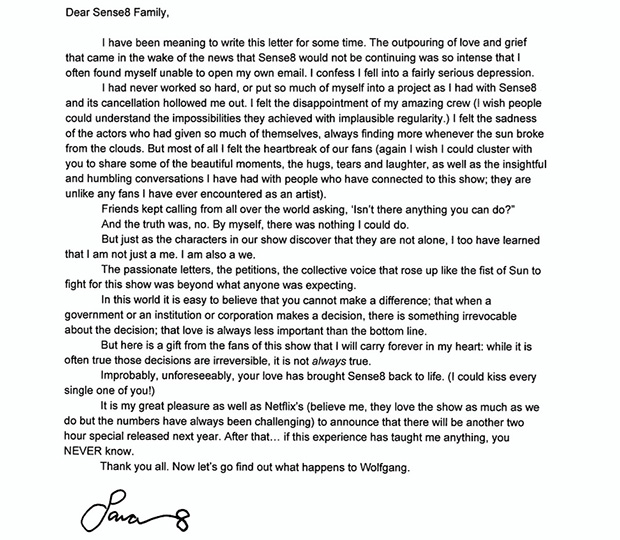 Fans of the science-fiction drama raised holy hell when Netflix gave it the axe earlier this month, and a recent update — in which Netflix confirmed that it would not bring the series back — did nothing to raise their spirits.

Even cast member Brian J. Smith lamented the show’s cancellation a few weeks ago, telling fans that he would always consider it an “unfinished symphony.” (Seriously, no one thought this revival was going to happen.)

Your thoughts on Netflix’s unexpected change of heart? What do you hope to see in this two-hour special? Whatever you’re feeling right now, let’s hear about it in a comment below.