FXX has announced a Season 4 premiere date for You’re the Worst, while FX has set a Season 2 premiere for Pamela Adlon’s Better Things.

First up, You’re the Worst will return with back-to-back episodes on Wednesday, Sept. 6 at 10/9c. The critically acclaimed, anti-romcom tells the story of Gretchen and Jimmy, who we last saw get engaged in the Season 3 finale. 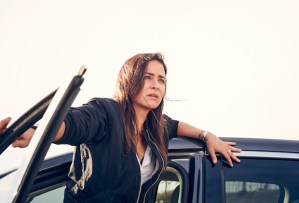 Better Things returns for its second season one week later, on Thursday, Sept. 14 at 10 pm. The Peabody Award-winning comedy from executive producer Louis C.K. follows the day-to-day happenings of Sam Fox (Adlon), a working actress and single mother raising three daughters on her own.

Which returning FX(X) comedy are you most looking forward to?