Marvel’s Inhumans will make its ABC debut on Friday, Sept. 29, with a double-episode premiere starting at 8/7c, Yahoo! TV reports.

Those same episodes (the first two of eight total) will be exclusively released in IMAX theaters on Friday, Sept. 1.

Season 7 of Once Upon a Time will otherwise lead off ABC’s Friday line-up, leading into Inhumans (and later down the road, Agents of S.H.I.E.L.D.); a premiere date for the fantasy drama’s “reboot” (or for any other ABC series) has not yet been announced.

Check out a new poster for the series below: 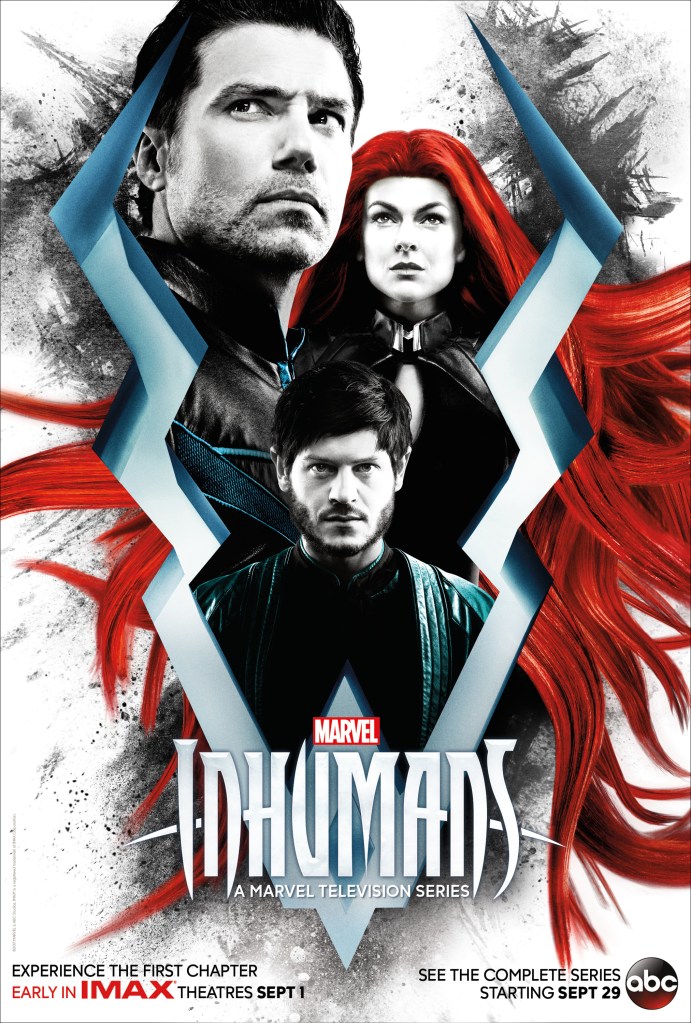