Will Veep threepeat? HBO’s political satire has won Emmy’s top comedy prize two years in a row, but Selina Meyer is poised to face some stiff competition from a pair of critical darlings (Donald Glover’s rookie dramedy Atlanta and Aziz Ansari’s better-than-ever Master of None). 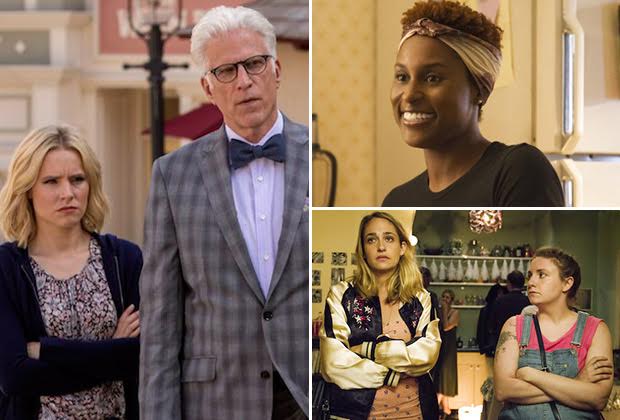 There’s also an outside chance Veep‘s biggest threat could come from inside its own (HBO) house; Girls‘ exceptionally strong final season could propel Lena Dunham & Co. back into the race after a years-long absence.

In a perfect world, the actual nominations would mirror our seven Dream Emmy picks, all of which can be viewed via the gallery to the right (or click here for direct access).

For the record, 2017 Emmy nominations will be voted on from June 12-26, and unveiled on July 13. The 69th Primetime Emmy Awards ceremony, hosted by Stephen Colbert, airs Sunday, Sept. 17 on CBS.