YouTuber/author/actress Anna Akana joins the cast of Stitchers‘ third season as medical examiner Amanda Weston — but we’re more interested in the living bodies she’ll be examining during her time on the show.

As revealed by Freeform, Amanda will strike up a relationship with Camille (played by Allison Scagliotti), and TVLine has the exclusive first photos of their fated meeting in the sci-fi drama’s June 12 episode: 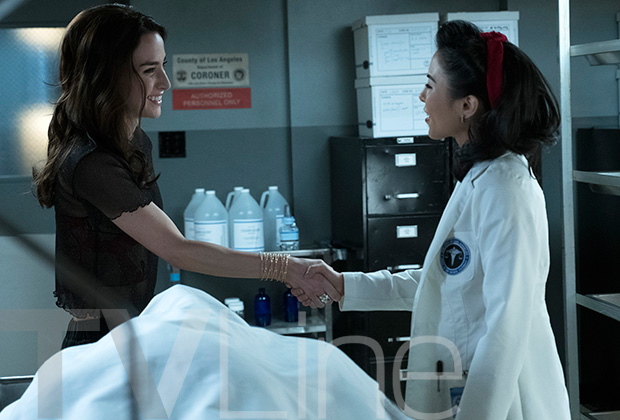 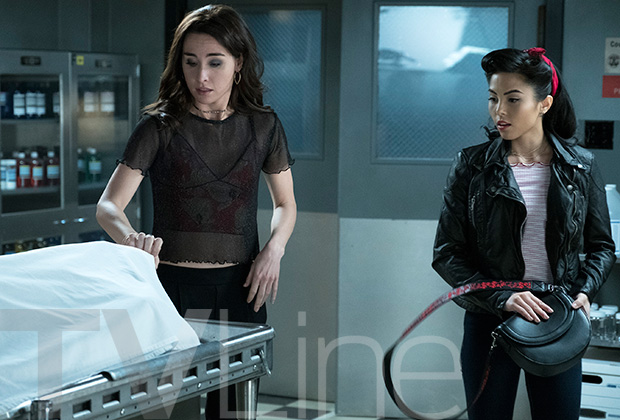 Naturally, Camille and Amanda also get to spend some time together outside of a medical facility, at what appears to be… a bar? With other people? Actually having fun? This really is a nice change of pace for Camille. 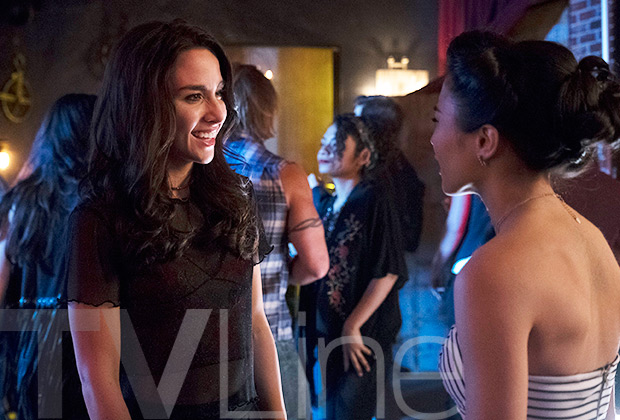 Fans of the Freeform drama will recall that Camille’s only real relationship has been with Linus (played by Ritesh Rajan), but she’s certainly hinted at her interest in women — and we can’t wait to see where this new pairing goes.

Stitchers returns on Monday, June 5 at 9/8c. Your hopes for Season 3? Drop ’em in a comment below.