It’s been 20 years since Party of Five staged one of television’s most gut-wrenching, tear-filled interventions, and the memory of shooting that episode still makes star Scott Wolf verklempt.

“I almost get emotional talking about it,” he admits, trying not to get choked up.

The actor — who currently stars in NBC’s The Night Shift — singles out “two really difficult” moments to film during the Season 3 installment, which found the Salinger clan confronting Wolf’s Bailey about his drinking problem. Little sis Claudia’s powerful plea “could seriously make me cry, thinking about it,” Wolf says, “because that was like the exposed heart of our entire show: this family, stripped away to the brother who was the caretaker and the one who tried to hold it all together, and the youngest daughter [for whom] he was holding it all together.” 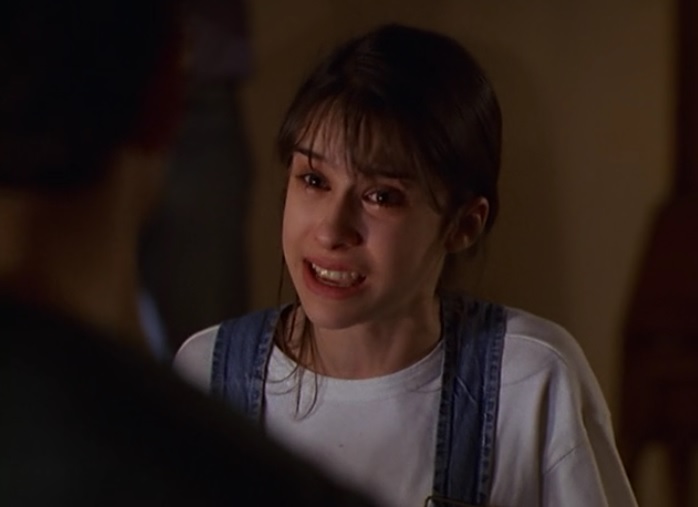 But even Claudia’s ultimatum — either Bailey gets help, or she never wants to see him again — couldn’t get him to change his ways. “Nothing could have demonstrated the power of addiction [more] than Bailey turning and walking away from Claudia and deciding, ‘I’d rather have a drink than have her wanting to be with me,'” Wolf notes. “It was a devastating moment for all of us. Shooting that scene was heartbreaking. Everyone on set was just a mess.”

Another pivotal exchange, in which Bailey railed against his family and argued for his right to have his own life, stands out for being difficult in a different way.

“I had just begged myself to just stay out of my own way and just let this thing happen, but I knew how important the scene was,” Wolf recalls. “I kind of knew I wasn’t just doing it. I wasn’t really living it out. It was almost too precious to me, what was happening, and I was struggling.” After four takes, director Steven Robman declared, “‘I’ve got to move on. But it’s beautiful, and it’s great.'”

That wasn’t good enough for Wolf. “The thought of moving on without having it really have happened was so devastating to me that I just, literally, burst into tears,” the actor shares. “[Steven] lifted my head up, and he dried my face off with his sleeve and said, ‘Go do one more.’ Something about having just burst through that emotional wall… The last take, which is what appeared in the show, wound up being one of my favorite moments of that character’s. It was a high point for me, working on that show. The writing that they gave us to work with that episode was magnificent.”

And it was Party of Five‘s trademark heart-tugging storytelling that drew Wolf to his next series-regular TV gig: Everwood. “My wife and I were fans of that show,” Wolf says. “It just felt kindred to me because there were emotional elements, and the pathos of it felt familiar. It felt like why I grew to love working on television.”

Grab your tissues and rewatch Party of Five‘s “The Intervention” episode below, then hit the comments with your thoughts.