Robert Michael Morris, who co-starred with Lisa Kudrow on the HBO comedy The Comeback, has died at the age of 77. 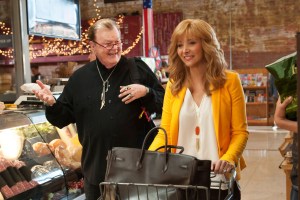 According to our sister site Deadline, the cause of Morris’ death is unknown at this time. He was best known for playing Mickey, the flamboyant hairdresser/best friend of Kudrow’s faded sitcom star Valerie Cherish, on HBO’s showbiz satire The Comeback. Morris appeared as Mickey in both the initial 2005 season and the 2014 revival, where Mickey’s health scare added a layer of poignancy to Valerie’s self-involved antics.

Formerly a theater teacher in high school and college, Morris was cast in The Comeback by his former student Michael Patrick King, who wrote the part of Mickey with Morris in mind. After The Comeback‘s first season, Morris appeared in episodes of Will & Grace, How I Met Your Mother and 2 Broke Girls. His last on-screen appearance was in an episode of The Middle that aired in November.

“Robert Michael Morris was an inspiration to write for and to be around,” King said in a statement. “His creativity was only matched by the joy and gratefulness he felt for each day he got to live his life as an artist.”

Kudrow also remembered Morris on Twitter, calling him “an example of what a truly good soul looks like”:

We lost Robert Michael Morris today.He left us with many wonderful gifts, most importantly, an example of what a truly good soul looks like.