I spy, with my creepy blue eye… Game of Thrones‘ Season 7 poster.

The key art, which HBO released Tuesday, forces viewers to come face-to-face with one of the series’ most dreaded villains: The Night King.

We first saw the White Walkers’ leader in a vision of Bran’s in Season 4. In that season’s finale, we watched him turn Craster’s infant son into a White Walker with just a touch of his finger. He has since appeared in times of great danger and turmoil, such as when he led the attack on Hardhome in Season 5 and when his army descended upon Bran and his friends in the Three-Eyed Raven’s tunnels in Season 6.

As Jon mentioned at the end of last season, The Night King is the enemy to fear moving forward.

Peruse the poster below (click on the image to see a larger version), scroll down to see a moving version (courtesy of the show’s Instagram page), then hit the comments with your predictions for the episodes ahead! 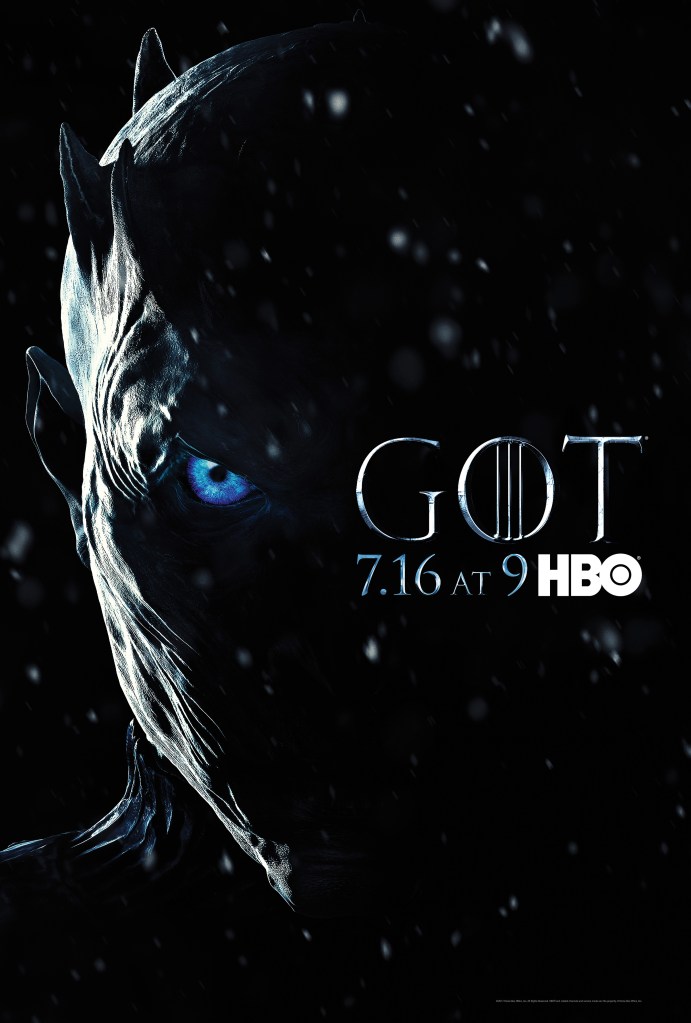