Handmaid’s Tale acolytes, prepare for your next streaming obsession. 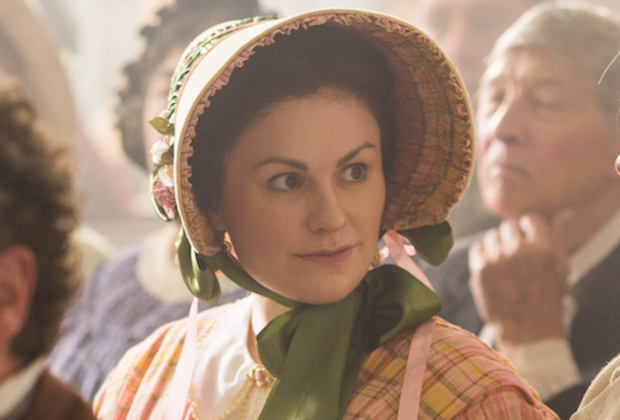 Netflix on Thursday released first-look photos from its upcoming miniseries Alias Grace, based on the Margaret Atwood novel of the same name. The six-part drama — which boasts an ensemble including Chuck‘s Zachary Levi (pictured above) and True Blood‘s Anna Paquin — centers around the controversial real-life conviction of Grace Marks (11.22.63‘s Sarah Gadon), an Irish immigrant who becomes a Canadian domestic servant and is later sentenced to prison for the murders of her employer and his housekeeper in 1843.

Alias Grace, a co-production with the CBC, is set to premiere in Canada on Monday, September 25. Netflix has yet to set a Stateside release, save to say that it will premiere outside of the Great White North sometime this fall.

Peruse the attached gallery to view photos of Levi and Paquin, then tell us if you’ll be setting aside a weekend to binge on Alias Grace.