The reveal of The Witness’ identity on Syfy’s 12 Monkeys has set the stage for “a game-changer” Season 3 — premiering this Friday at 8/7c with four episodes — executive producer Terry Matalas tells TVLine.

Now that Cassie is aware that her son with Cole will one day become the mysterious, evil leader, “the stakes for all of our main characters are very, very personal,” Matalas previews. And as more members of the time-travel family become aware of the truth, the central dilemma expands: “What is their take on this news? How does that impact them? So it changes the personal dynamics in the show in a pretty major way,” the EP notes.

Below, Matalas previews Cole’s search for Cassie, Jennifer’s all-important journey and much more. 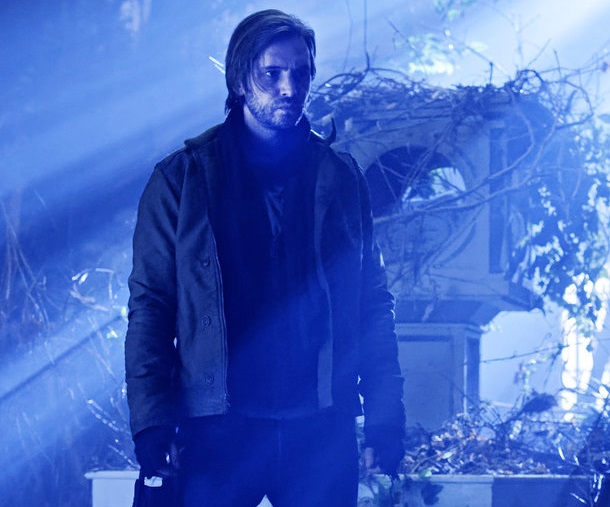 COLE | The time traveler “is going to every length” to locate Cassie, who’s being held captive by The Army of the 12 Monkeys in Titan, Matalas reveals. “He is coming undone. He is a rabid dog, going insane trying to find her.” Unfortunately, “it’s not looking good” for his quest, so “Jones is encouraging him to perhaps move on, that this might not be the fight anymore.”

CASSIE | When the premiere picks up, the “visibly pregnant” Mother has been held against her will for some time. “We get a sense of what it’s been like for her,” Matalas shares. “It’s not like a situation she could easily escape from. She probably tried to do that for about a month and a half and has now sort of submitted to the inevitability” of her offspring’s destiny. However, “who or what her child will be doesn’t affect the fact that she’s still a mother.” 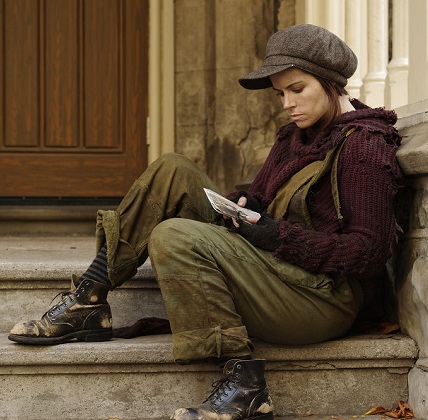 JENNIFER | Having been transported to France circa 1917, the Primary is on a journey of “self-discovery,” Matalas says. “She’s connected to time, and time is very much trying to tell her something. She will have to discover if she’s up for the task. The fate of the world is on her shoulders — if she can put this puzzle together.”

RAMSE | Cole’s best friend is “driven to find his son,” but gets thrown for a loop when he discovers the identity of The Witness, Matalas teases. “He’s going to have a very personal reaction. [Cole]’s his brother, you know. And he doesn’t really have fond feelings for Cassie as it is. So it should be interesting.”

JONES | Now that Jones and her daughter Hannah have been reunited, prepare to see more of that dynamic, as well as the scientist’s desire to save the world. “Once it becomes clear that Cole and Cassie are tied to that, Jones is going to have a unique perspective that may come into some conflict with the rest of the team,” Matalas says. 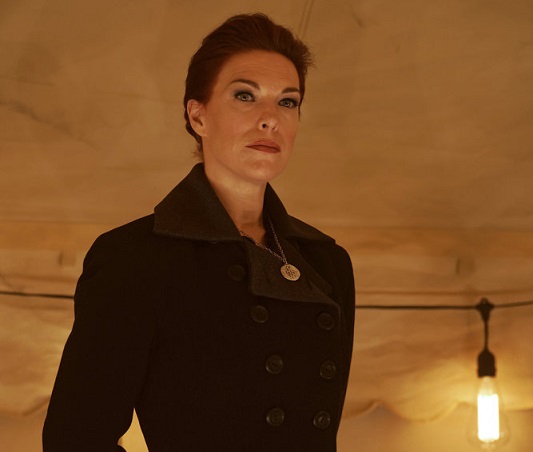 THE NEWCOMERS | This year’s “host of new villains” are led by Magdalena (Game of Thrones‘ Hannah Waddingham), “the leader of a group called The Guardians, who are charged to raise and protect the child throughout time,” Matalas describes. Also among the new faces in Season 3: Back to the Future vet Christopher Lloyd, “who is part of the origin of The Army of the 12 Monkeys in the 1950s. He plays the husband to Scottie Thompson’s messenger and father to Tom Noonan’s Pallid Man.”

12 Monkeys fans, what are you most looking forward to seeing in Season 3? Hit the comments with your thoughts!