Epix’s Get Shorty remake has gotten itself a premiere date.

The new dark-comedy series based on the bestselling Elmore Leonard novel will debut Sunday, Aug. 13 at 10/9c, the network announced on Tuesday. Along with the premiere date, Epix released a pair of first-look photos from the show, featuring stars Ray Romano and Chris O’Dowd… and a fair amount of blood.

O’Dowd stars as former Vegas hitman Miles Daly, who’s trying to go straight and get into the movie business. Romano plays D-list movie producer Rick Moreweather, who shows Miles the showbiz ropes. But from the look of the photo above (and the amount of gore on the script Rick’s holding), Miles might not be able to totally shake his criminal past.

The second photo shows Miles enjoying a movie with his daughter Emma (Carolyn Dodd), who inspires him to clean up his act: 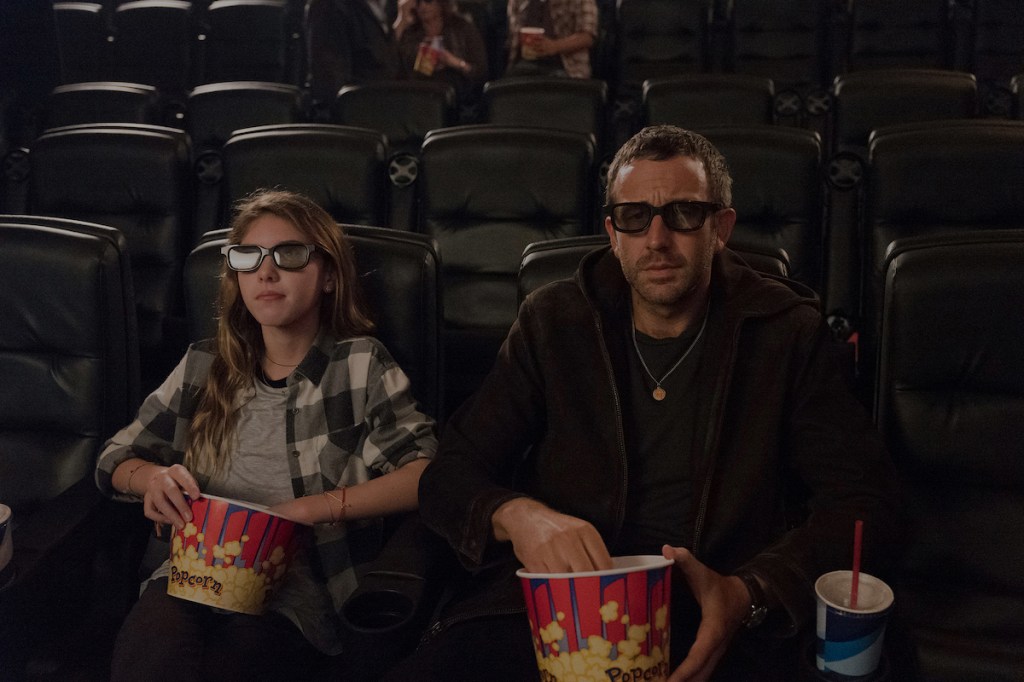 First released in print back in 1990, Get Shorty was turned into a 1995 film starring John Travolta, Gene Hackman and Danny DeVito. But Epix’s series totally reimagines the Mafia-meets-Hollywood story with new characters and a fresh plot.

Check out the Get Shorty first-look photos above, then drop your first impressions in a comment below.