THE PERFORMANCE | McKean’s skills as a comedic actor are legendary, and for good reason. (Spinal Tap, anyone?) But like his co-star Bob Odenkirk, he also possesses a hidden talent for dramatic work — and this week’s Better Call Saul, with its climactic courtroom showdown, was the finest showcase yet for his fascinatingly layered performance as Jimmy’s brother Chuck McGill.

Chuck is a brilliant lawyer, and is all too happy to inform you of that fact; McKean was positively gleeful as Chuck arrogantly held court at Jimmy’s disbarment hearing, taunting his brother from the witness stand. But Chuck is also hampered by a debilitating sensitivity to electricity, and McKean’s pained grimaces and visible panic whenever Chuck is near any electronic device lend the know-it-all a tragic poignancy he wouldn’t have otherwise.

This all led up to an epic battle of words between the two brothers, with Chuck imperiously firing back at Jimmy’s questions like Jack Nicholson in A Few Good Men. When Jimmy pulled a trick proving that Chuck’s electronic sensitivity might all be in his head, Chuck melted down on the stand in true “You can’t handle the truth!” fashion, with McKean furiously spitting out Chuck’s utter contempt for his brother. It was an ugly side of Chuck we haven’t really seen, and McKean was unsparing in his portrayal of the normally composed Chuck’s long-buried anger.

We don’t know if Chuck and Jimmy can ever mend fences after this… but we do know that McKean, the longtime comedy god, is giving one of the best dramatic performances on TV. 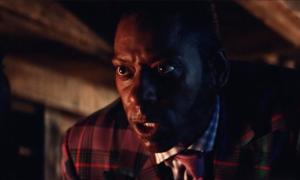 HONORABLE MENTION | We only got him for the briefest of scenes in last week’s American Gods, but was Orlando Jones born to play Mr. Nancy or what? Jones entered the Starz drama and dazzingly — also, literally — set it aflame, giving a ship full of kidnapped African men a come-to-Anansi moment as he showed up in answer to their desperate prayers. Jones prowled the lower decks, offering a grim-yet-exuberant take on the bleak future the slaves could expect in America. (One of the best moments: When he bemoaned the futility of slaves being worked to death in the indigo fields “for a f—king purple shirt,” which Jones chose to punctuate with a proud tug on Mr. Nancy’s own colorful lapels.) Jones expertly layered his character’s ire until it was a towering pyre of anger and absurdity: Is it any wonder that the ship’s doomed cargo saw no other choice than to light it (and everything else) ablaze? Executive producer Bryan Fuller has said that, while filming, the cast gave Jones a standing ovation after his first take on the monologue. We’re right there with them: We can’t wait to see what else the Sleepy Hollow alum will do in the role. 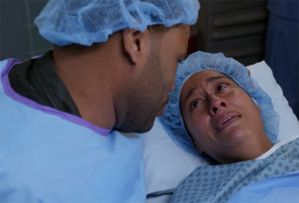 HONORABLE MENTION | The season finale of black-ish added a new member to the Johnson family: baby DeVonte, whose premature arrival was as anxiety-inducing for Bow and Dre as it was joyous — and Tracee Ellis Ross nailed every beat of Bow’s emotional C-section. In the course of just two minutes, Bow bounced from confident (“I didn’t go to med school to not get the J-Law baby drugs.”) to uncertain (tearfully confessing to Dre her fears about bringing a baby into the world too early) to just plain drugged (“You’re my best friend in the whole world!” she bawled to her nurse). Ross effortlessly fused comedy and drama during the climactic scene, all while reminding us of the rollercoaster of emotions that come with bringing a human being into the world. 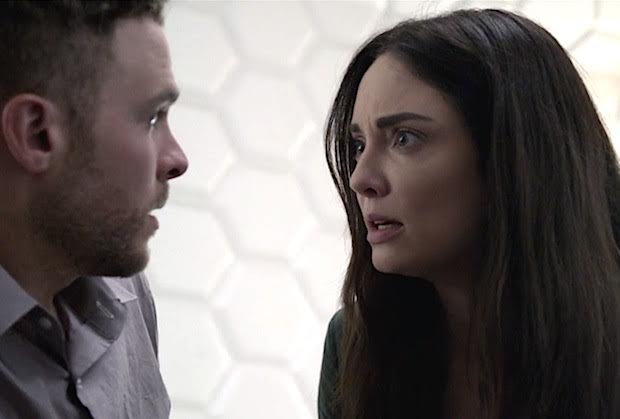 HONORABLE MENTION | So fantastic was Agents of S.H.I.E.L.D.‘s Mallory Jansen this week, a handful of fans may have been mulling the hashtag #Ophitz (if only for a fleeting moment). For starters, Jansen had us rapt as Aida became attuned to her flesh-and-blood form and in doing so was flooded with emotions, truly feeling things for the first time and exhilarated by the notion of making free-will choices. But therein lies the rub — having ruthlessly claimed Fitz during their Framework existence, Aida chose him to be hers back in the real world, while he only has room in his heart for Jemma. What Jansen then pulled off — as Aida cycled through a tsunami of jealousy, disappointment and anger, alternating between rage-filled eyes, irate roars and a sad, furrowed brow — was two parts harrowing, one part heartbreaking and 100-percent masterful.