Capping a week in which Jennifer Morrison unexpectedly bid Once Upon a Time adieu and Rebecca Mader announced her own exit, the ABC series’ creators have stepped forth to confirm six total departures.

As hinted in recent weeks and now made official, the fantasy series will move forward in Season 7 with longtime cast members Lana Parrilla, Robert Carlyle and Colin O’Donoghue, in addition to new additions Andrew J. West (The Walking Dead) and Alison Fernandez (Jane the Virgin), both of whom debut in the opening frames of Sunday’s two-hour season finale.

Meaning, original cast members Ginny Goodwin, Josh Dallas and Jared Gilmore, plus Emilie de Ravin (who made her debut midway through Season 1), will not be returning as series regulars.

“Words can’t do justice to what Ginny, Josh, Emilie, Rebecca and Jared brought to Once Upon a Time… but we’ll try,” series creators Adam Horowitz and Eddy Kitsis said in a statement. Then, going actor by actor: 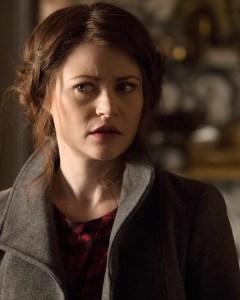 “Ginny reinvented Snow White for a modern audience – there was no way she would be stuck cleaning up after dwarfs. She created an iconic empowered heroine for the 21st century.

“Josh mined the depths of Prince Charming – a character who in myth was just a ‘type’ but in his superlative interpretation became a complex man fighting for love and family.

“Emilie took the character of Belle to a deep and 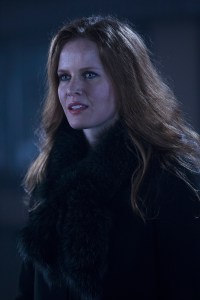 soulful place, bringing great intelligence and warmth to the character, making her fiercely independent, strong-willed but also an eternal optimist who saw only the best in all those she encountered.

“Rebecca took us on a broomstick roller coaster ride as she re-invented the Wicked Witch of the West by finding the pain beneath the green. She made the character soar to incredible heights while always keeping her grounded and relatable.

“And Jared literally grew up before the eyes of millions, from a child actor with enormous innate talent to a young man whose abilities continue to astound as he created a character who truly, as we 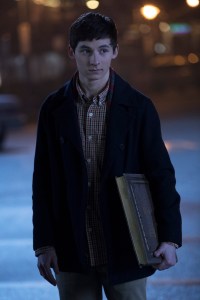 say on the show, has the heart of the truest believer.”

All told, Kitsis and Horowitz avowed, “Never have we had the privilege of working with a more talented group of collaborators. Each brought unique talent, incredible intelligence, and their own individual bit of magic as they gave life to these iconic characters. We can’t thank them enough for the hard work, dedication and passion they delivered day in and day out. Without them there would be no Once Upon a Time.”

Nor will Once forever be without them, the producers hope. “As Once continues, this group will always be the beating heart of the show,” they said. “And even though we won’t be with them every week, in a show about magic and hope, we fervently believe it won’t be the last we see of them. “