Look, up in the sky, it’s… two new Syfy series (to go with the cabler’s shiny new logo).

Syfy on Thursday granted series orders to Krypton, which follows Kal-El aka Superman’s ancestors, and the Chris Meloni-fronted adaptation of the graphic novel Happy! 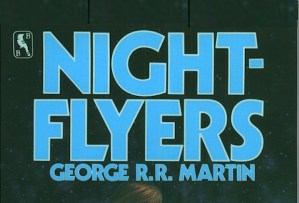 to develop a supernatural thriller based on George R.R. Martin’s (Game of Thrones) epic novel Nightflyers.

Set two generations before the destruction of Kal-El’s home planet, Krypton follows Superman’s grandfather (played by Cameron Cuffe) — whose House of El was ostracized and shamed — as he fights to redeem his family’s honor and save his beloved world from chaos.

As for Nightflyers, it is set in the future on the eve of Earth’s destruction, as a crew of explorers journey on the galaxy’s most advanced ship to intercept a mysterious alien spacecraft that might hold the key to their survival. As the crew nears their destination, they discover that the ship’s artificial intelligence and never-seen captain may be steering them into deadly and unspeakable horrors deep in the dark reaches of space.