When Bloodline‘s third and final season drops on Netflix later this month, eagle-eyed fans will notice something missing from the opening title sequence: The name “Ben Mendelsohn.”

The actor, who snagged an Emmy in September for his Season 2 work as late Rayburn black sheep Danny, is no longer a series regular. Mendelsohn’s deceased alter ego will, however, maintain a presence in the series’ 10-episode farewell. In fact, as exec producer Todd A. Kessler confirms to TVLine, “He comes back by the end of the season. He’s in two of the episodes.”

And prior to that, Danny will have an influence on the surviving members of his family, most notably Kyle Chandler’s John, who spent most of Season 2 being terrorized by visions of his brother. “The family still wrestles with the presence of Danny even though he isn’t alive,” Kessler explains. “And then by the 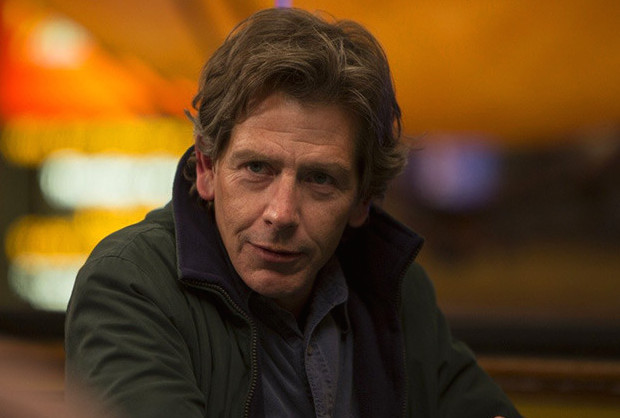 end of the season, he does have a presence in the story.”

Regarding the decision to limit Mendelsohn’s role in Season 3, Kessler notes, “In the second season, Danny appears as kind of John’s conscience. And in the third season, John is somewhat free of that. But through the events of the season, there’s a reason why Danny comes back… We wanted to use him sparingly and, hopefully, to great effect.”

As it is, Kessler and his fellow EPs Glenn Kessler and Daniel Zelman had a lot to cram into 10 episodes. The trio had a five or six-season vision for Bloodline, but they had to revise their plan last year when Netflix informed them that the show needed to conclude with Season 3. “Netflix just decided that three seasons was what they wanted,” Kessler shrugs, before adding that the streamlined timeline required “a fair amount of maneuvering. The goal was always to make it entertaining and give each character their own ending. And it’s a big ensemble. So the maneuvering was to take a bunch of ideas that could’ve gone into Seasons 4 and 5 and maybe into a sixth season and pull a lot of that stuff into Season 3.”

Ultimately, Kessler says, “We feel really fortunate to be able to have a third season and to end the story in a way that will hopefully be very satisfying and entertaining.”

Bloodline‘s third and final season launches May 26 on Netflix.