NCIS‘ Tim McGee and Delilah Fielding aren’t set to exchange vows until summer, but the wedding-day drama will arrive early, and hard, tonight at 8/7c on CBS.

As the episode opens, the groom-to-be “is doing OK, you know? He’s always a little overwhelmed, but other than that he’s doing OK,” Sean Murray tells TVLine. “We’re getting ready,” with tux fittings and such, “and McGee, as usual, is sort of in a state of, ‘Well, I’m not quite sure what I want to do here.’ He’s overwhelmed by all the little details, and that’s sort of what the episode is about — McGee learning not to sweat the small stuff so much.”

Especially given that some very big stuff is about to turn his and Delilah’s world upside-down. 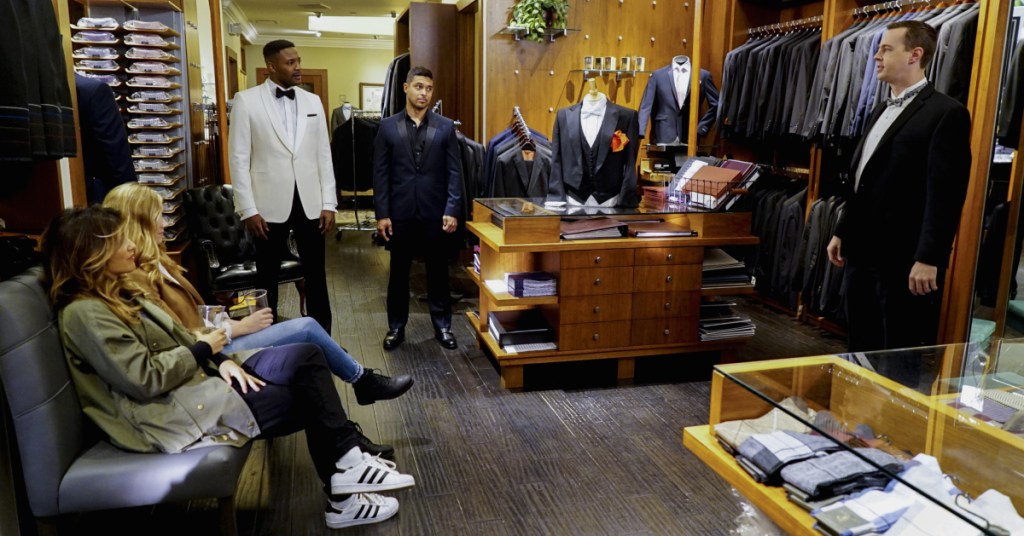 “In the midst of everything, Delilah (returning guest star Margo Harshman) collapses and is rushed to the hospital, which just kills McGee,” Murray previews. “McGee being McGee, he freaks right out and needs help from everyone. He does a lot of contemplating, as it kind of puts things in perspective for him.”

Akin to Season 14 episodes that dealt the likes of Bishop, Torres and Quinn “some heavy stuff,” “It’s an emotional one” for McGee, says Murray, who singles out “a McGee and Gibbs scene, a moment, that I’m pretty proud of.”

Murray, like NCIS‘ co-showrunners, was quite mum on how things will shake out for fiancé and fiancée, only promising that viewers will go through “a lot of different emotions” during the final act. 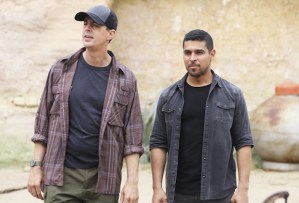 Looking ahead to next Tuesday’s season finale, in which Gibbs, McGee and Torres travel to a remote area in Paraguay that is controlled by violent rebels, Murray describes it as a “really busy one” and “a wild shoot.”

“We went for some pretty cool action stuff, so I’m still sore and recovering from that a little bit,” he shared with a laugh.

And as for talk that the finale might hint at a change to the team for Season 15, “On our show, that’s a real possibility sometimes,” the longtime cast member allowed.