NBC’s upcoming Will & Grace revival is looking good from every angle. 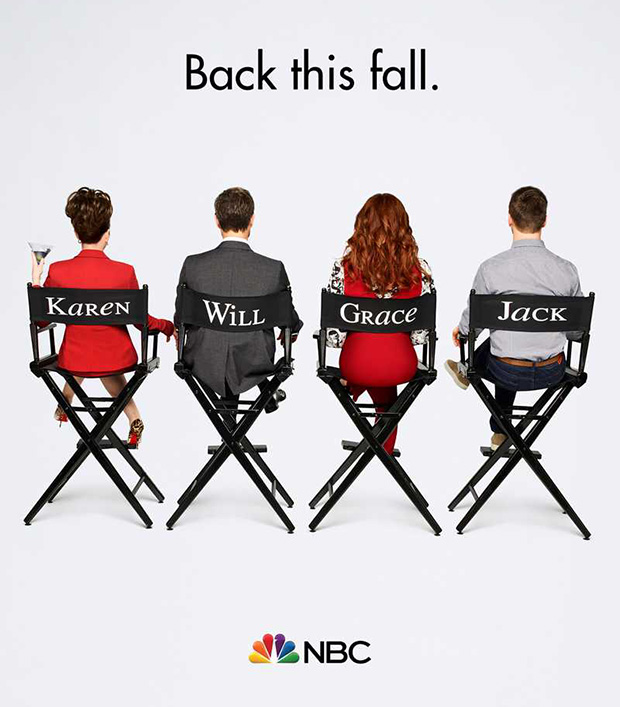 A little background if you’re still catching up: Two months after the cast reunited for a pro-Hillary Clinton short during the presidential election, NBC officially announced that it was bringing Will & Grace back with its original cast — Eric McCormack, Debra Messing, Sean Hayes and, of course, Mullally — for a 10-episode ninth season. That order was eventually upped to 12 episodes.

There was previously speculation as to whether the revival would premiere midseason or in the fall, and based on this new poster, it seems we have our answer.

Are you excited for the return of Will & Grace (and Jack and Karen)? Drop a comment with your thoughts below.