Marvel on Tuesday morning released a teaser poster for Marvel’s Inhumans, to air this fall on ABC following a theatrical run.

The first two episodes of the eight-episode series — which has been filming in Hawaii and explores the never-before-told epic adventure of Black Bolt and the royal family — will premiere Friday, Sept. 1 in IMAX theaters for a two-week window, before the show lands on ABC. 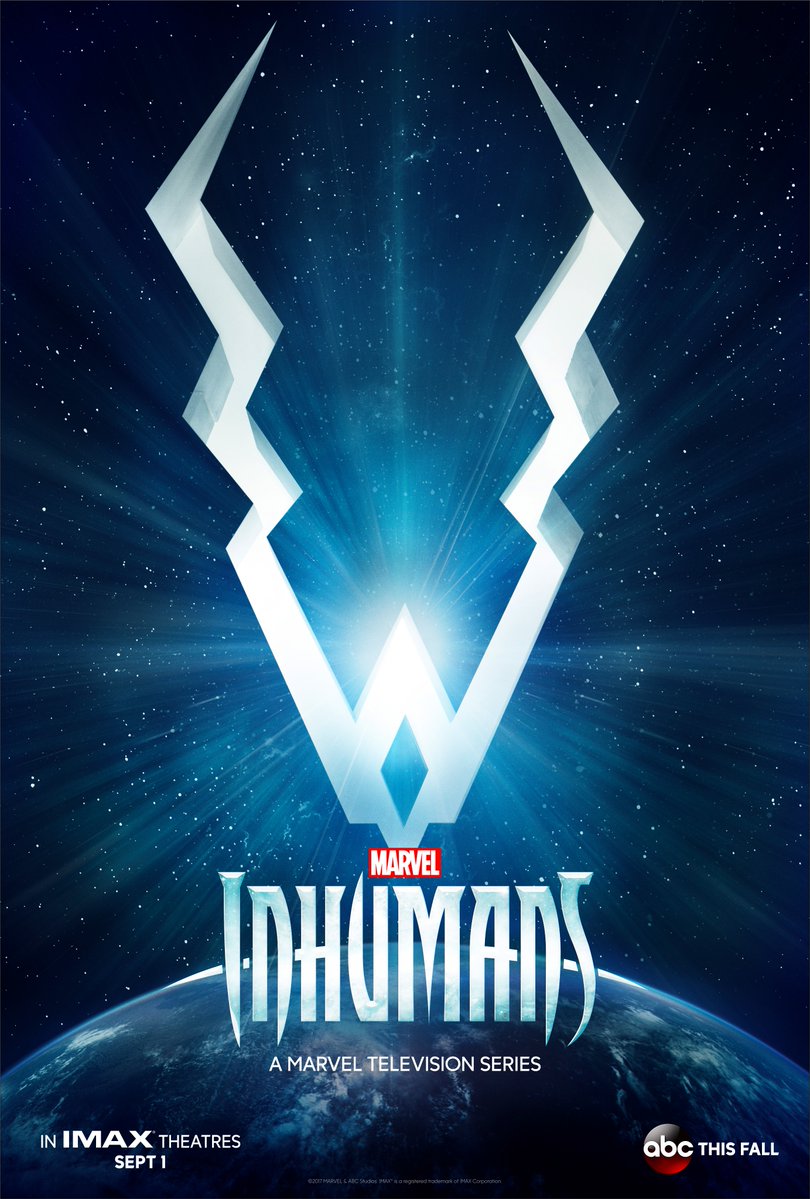 Additionally, Eme Ikwuakor (Extant) and Mike Moh (Empire) will play Black Bolt’s cousins Gorgon and Triton, Isabelle Cornish (Home and Away) is his sister-in-law Crystal, Sonya Balmores (Beyond the Break) plays Auran, the head of the Royal Guards, and Ellen Woglom (Outlaw) has been cast as… an undisclosed character who works for an aerospace company.