Seriously, are we being Punk’d?

MTV on Wednesday announced that it has ordered new episodes of the competition series Fear Factor, to be hosted by rapper and Fate of the Furious star Ludacris — and throw out the gross-out. 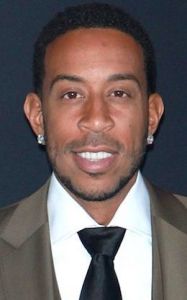 Per The Hollywood Reporter, the 12-episode revival (premiering Tuesday, May 30 at 10/9c) will put a new spin on the former NBC reality juggernaut, this time forgoing any skin-crawling, bug-eating challenges in favor of triggering Generation Z by “tapping into visceral fears of today’s anxious youth — such as couch surfing at 300 feet and waterlogging personal cell phones.” (Yes, really.)

Each episode will feature eight contestants split amongst four two-person teams, all competing for a cash prize.

NBC’s Fear Factor, based on a popular Dutch format, initially ran from 2001-2006 with host Joe Rogan. It briefly returned for a series of specials in 2011.

Will you tune in for MTV’s new take on Fear Factor?