THE PERFORMANCE | Grimm‘s Nick Burkhardt has never been big with the emotions. Who has time, after all, when your Pacific Northwest hometown is continually under supernatural attack? So Giuntoli has had precious few opportunities over the series’ six seasons to let loose — in any way — and show us how Nick reacts when he has more than a few seconds to process huge emotional news.

With Friday’s series finale, though, the series made up for that. And its leading man proved he was more than equal to the task.

As the members of Nick’s cobbled-together family died in quick succession, Giuntoli played the Grimm’s grief with an increasing intensity, the character’s grip on his normal stoicism easing with each loss until he was crouched over Monroe’s corpse, screaming his frustration at the night sky.

The hour tested Giuntoli’s resilience: He conveyed despair through tears (as each of Nick’s friends passed), rage through physical violence (that Spice Shop scene with the battleax), and fading disbelief through a hopeful look (when his mom and aunt showed up exactly when he needed them). And when Nick returned back to the universe in which everyone was still alive? Nick has never before been so full of joy, and Giuntoli has never (in this show at least) been so vulnerable, so open or so beautifully raw.

“The End” is a fitting finish for NBC’s fairytale series, and Giuntoli’s performance is a crowning glory for his time on the show. 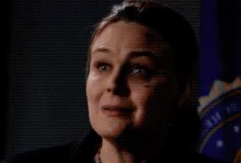 HONORABLE MENTION | We’re going to make the argument that Emily Deschanel never garnered the recognition she deserved for her decade-plus work as Bones‘ title character — a sleight that frustrated us anew as we watched Tuesday’s series finale. During the episode’s first half, we witnessed a Brennan at perhaps her most vulnerable as she reeled from the sudden loss of her superior intellect, aka what she believed to be the essence of her identity. Deschanel made sure we felt every beat of her alter ego’s fear, frustration and — following a spirit-lifting pep talk from soul mate Booth — tearful acceptance. Brennan ultimately regained her brain function, a fitting coda to Deschanel’s unforgettable 12-year run. 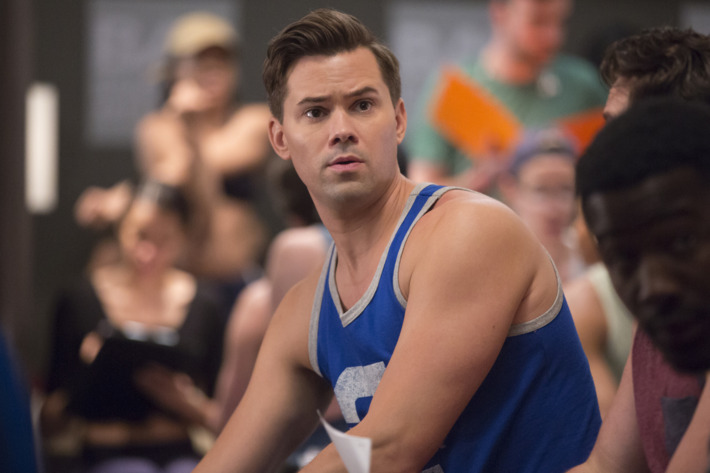 HONORABLE MENTION | As Hannah’s gay BFF Elijah, Andrew Rannells has always been Girls‘ secret weapon. And he was firing on all cylinders in this week’s long-overdue Elijah showcase, “The Bounce.” With Elijah auditioning for a new White Men Can’t Jump musical, Rannells showed off his soaring vocal skills with a rendition of “Let Me Be Your Star” (“from the hit TV show Smash,” of course). He was hilariously inept as Elijah struggled to dribble a basketball during the audition’s dance section. And Rannells made Elijah’s emotional reaction to getting a callback genuinely touching, proving that Elijah is more than just a reliable source of bitchy one-liners; he has hopes and dreams, too. We’re kind of a broken record on this here at TVLine, but with Girls ending soon, can we please give Rannells an Elijah-centered spinoff called Boys? 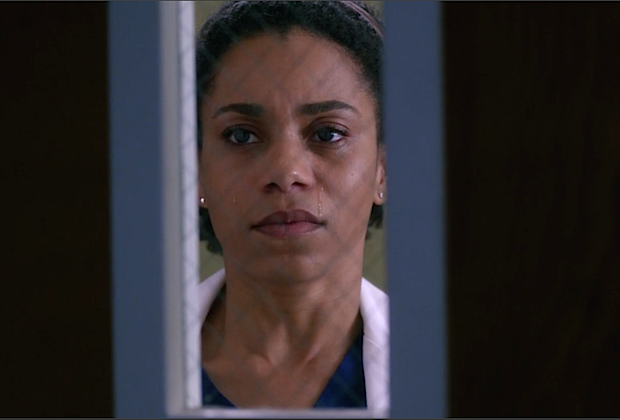 HONORABLE MENTION | Throughout Thursday’s Grey’s Anatomy, as Maggie refused to accept her cancer-stricken adoptive mother’s grim prognosis, Kelly McCreary gave a performance that was beyond worthy of recognition. Whether Pierce was lashing out at Meredith for suggesting that Diane’s course of treatment was doing more harm than good, or merely speaking medicalese, the actress always showed us the fear in her eyes just behind the more obvious emotion, be it anger or hope. But McCreary’s crowning achievement was the monologue in which Maggie likened learning about her mom’s condition so late to going out with the oven on, only to return to find her house in flames. When the doc cried that no one would let her inside to save anything, her portrayer made us sob right along with her.