Bones EP Michael Peterson urged fans to “have faith” in the wake of last week’s explosive penultimate episode, which ended with Brennan’s lab being blown to bits while she, Booth, Angela and Hodgins were all trapped inside. Well, TVLine has obtained the first two minutes (well, technically 90 seconds) of Tuesday’s series finale (9/8c on Fox) and we can safely say he wasn’t misleading us. 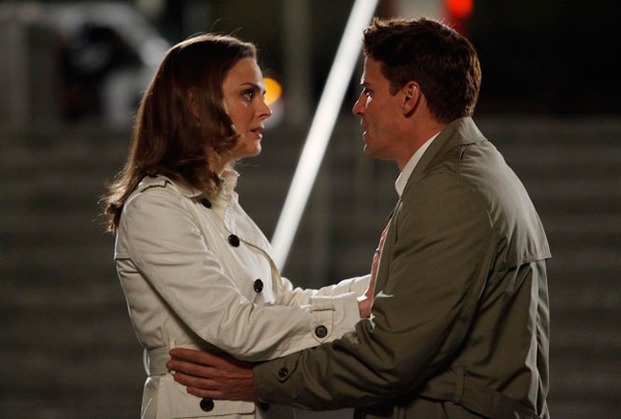 The clip confirms that three out of the four aforementioned individuals survive the bombing, and we’re going to venture out on a limb and assume the fourth one will also turn up alive and well — and if she doesn’t, well, Bones will be going out on a uncharacteristically dark note. As Peterson reminded TVLine in that same Q&A, “Bones is ultimately a very hopeful show.”

Of course, the fate of [spoiler] appears somewhat dire in the final episode’s opening moments. See for yourself by pressing PLAY above, and then hit the comments with an answer to this question: Are you ready to say goodbye to Bones?