ABC earlier this week released the first photos from the third “pod” of Agents of S.H.I.E.L.D. Season 4, and they pull the (bed) covers off Grant Ward, while affording more insight into Fitz’s well-off (but Jemma-less??) Framework existence.

In the second midseason premiere, titled “What If…” and airing Tuesday, April 4 at 10/9c, Daisy and Simmons (?) “uncover secrets and lies in a world gone mad,” says ABC’s official synopsis. “With Hydra in control, they are our only hope to save everyone.” 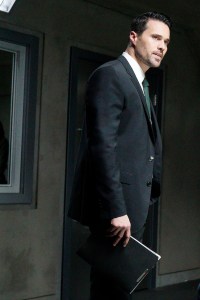 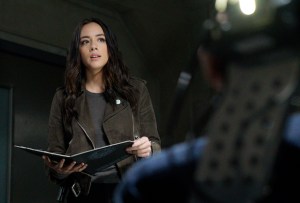 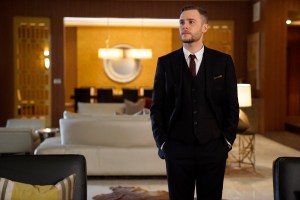 When last we tuned in, Daisy and Jemma — after thwarting an invasion of uncanny LMDs and then blowing up the base — hacked themselves into the Framework reality crafted by Aida. There, Daisy found herself cohabitation with boyfriend Grant Ward (played again by Brett Dalton), while Jemma appeared to have landed six feet under, as suggested by a cemetery marker. Fitz was seen exiting a limo, taking the hand of an unseen woman, while Coulson was teaching anti-Inhuman rhetoric and May was happily at work for Hydra, in the nefarious organization’s intact Triskelion.