When you see Sebastian Roché on your TV screen, your first instinct may be suspicion.

Roché has appeared on a plethora of fan-favorite shows, often as the antagonist. One of the prolific actor’s current roles — on Amazon’s The Man in the High Castle — finds him once more causing trouble from a seat of power… at least, for now. Roché himself will be the first to tell you: His characters have a nasty habit of dying.

Memories from the Set: Sebastian Roché 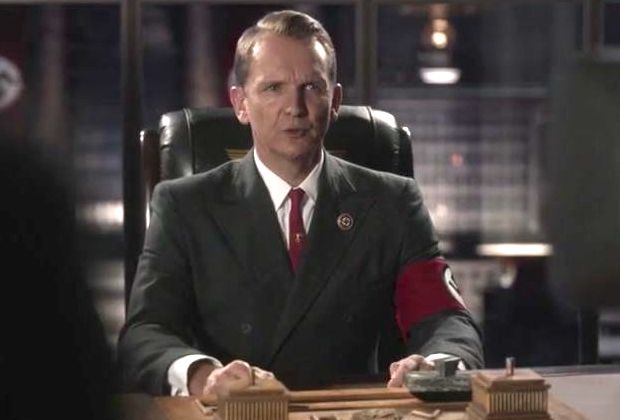 “I have died on every show,” he says, thinking back on a career that includes stints on 24, The Vampire Diaries, Once Upon a Time, Fringe, General Hospital and a bunch more hit series. And though he has yet to bite the dust in his current gigs — High Castle and HBO’s The Young Pope — “that may be coming,” he teases.

We asked Roché to reminisce about some of his favorite small-screen roles. Flip through the gallery at right — or click here for direct access — for the actor’s thoughts on working with “bloody legend” Jude Law, having an Ikea-set fan encounter and losing a tooth during an intense Mikaelson moment.