Something tells us that Young & Hungry‘s Aimee Carrero won’t have to fake any chemistry with her newest on-screen partner. 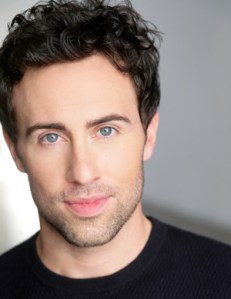 Tim Rock — the real-life husband of Carrero (aka Sofia) — is guest-starring on an upcoming episode of the Freeform comedy, TVLine has learned exclusively, playing a dentist with whom Sofia is set up on a blind date.

Though Freeform is not moving forward with its proposed Young & Hungry spinoff — which would have followed Sofia’s exploits working under Logan Rawlings (played by executive producer Ashley Tisdale) — the network did recently order additional episodes of the flagship series’ fifth season.

Young & Hungry kicks off its fifth season on Monday, March 13 at 8/7c. Drop a comment with your hopes for the show’s future below.