Everybody loves a good casting stunt — The Middle included. 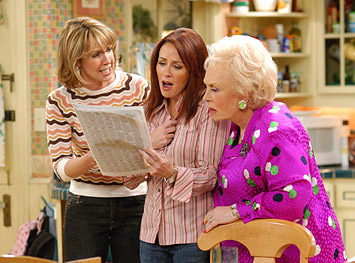 Quick refresher for you semi-regular Middle watchers: It was revealed way back in Season 2 that a baby mix-up occurred at the hospital where Brick was born, and a family by the name of the Fergusons accidentally took Brick home (while the Hecks made off with the Ferguson kid). A month went by before anyone realized a terrible mistake had been made.

The actress— who co-starred as Heaton’s BFF-turned-sister-in-law on Everybody Loves Raymond — is currently in production on the episode, which, super-fun fact, is being directed by Axl himself, Charlie McDermott.