THE PERFORMANCE | Monaghan is so good at being colorfully bad, it almost makes us angry every time one of his arcs as that joker, Jerome Valeska, comes to an end.

It’s always a precarious thing to raise comparisons with the late Heath Ledger’s Oscar-winning turn as The Dark Knight‘s actual Joker, but Monaghan’s latest “swan song” more than ever flirted with that kind of greatness. Between his voice, his gait and the way he carried himself with a showman’s certain “flair” (as Jerome put it), Monaghan crafted a vivid villain, perhaps best evidenced this time around during his Wayne Manor reunion with Bruce. Wearing a face that had been removed (!) and then stapled back on (!!) perhaps a bit too tight, Jerome looked more mad than ever as he closed in to kill the “prince” of Gotham.

As Bruce (an increasingly steely, commanding Daviz Mazouz) masterfully messed with the baddie’s bean, Monaghan made clear that Jerome’s noodle was being worked overtime. He turned into a bundle of second-guessing, nervous energy, zagging around the room, leaping onto couches and kicking pillows. Yes, he would acknowledge, Master Wayne was just buying time by suggesting they take his execution public — but damn if Jerome wasn’t freakin’ fond of the idea!

Capping the hour’s manic performance was the brawl in the circus’ Hall of Mirrors, where Jerome taunted and then took on Bruce, mano a mano. With just eight or so years separating the young actors, it played as a plausible fight — you could almost squint your eyes and see a future Batman duking it out with his most infamous adversary. Whatever Gotham‘s ultimate plan for its Joker is, Monaghan throughout his visits set a deliciously high bar. 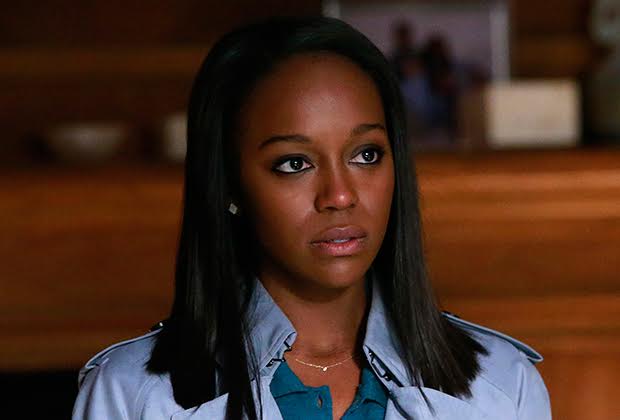 HONORABLE MENTION | It seems like just yesterday that How to Get Away With Murder‘s Keating Five were burying their professor’s husband’s body — and Michaela was incoherent with panic the entire time. But, as Aja Naomi King proved to us in Thursday’s episode, Michaela has come a long way from that night in the woods, and we can’t get enough of her schemes to keep herself and her classmates out of prison. Whether she was defending Annalise to President Hargrove, or eviscerating Connor for revealing incriminating secrets to Oliver (“This is my life on the line, and I worked too hard to have it ruined because someone opened their fat mouth!”), Michaela reminded us who’s really in charge while Annalise is away. 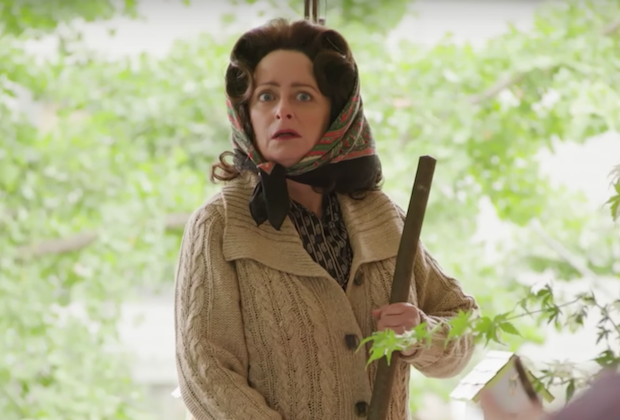 HONORABLE MENTION | Phtew! If you missed Rachel Dratch‘s hilarious guest spot on this week’s Portlandia… well, we’re not gonna spit on you like Josephina would. She’s the stern, old-school Italian woman played by Dratch, who Fred suddenly found himself married to, thanks to an arranged-marriage service. And the SNL alum’s brilliantly weird sense of humor got a chance to shine as Josephina dutifully swept floors, made meatballs for her “Fredo” — and yes, spat at poor Carrie a few times. Thanks to Dratch’s oddball genius, Josephina’s dead-eyed stare will be haunting our dreams. 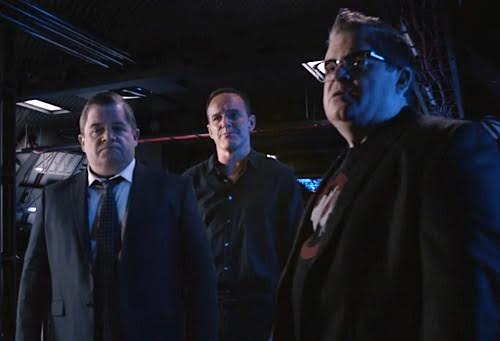 HONORABLE MENTION | Agents of S.H.I.E.L.D. guest star Patton Oswalt worked overtime this week, returning as both Sam and Billy Koenig and adding a third brother to his repertoire — each bringing a comedic touch. From Billy’s passably feigned pluck as a prisoner to Sam’s near-inappropriate fanboying over Quake to non-agent Thurston’s stylings as a slam poet (“You’re asleep, binge-watching the apocalypse!”), Oswalt stole every scene he was in, all the while keeping us guessing as to the nature of this seemingly endless line-up of lookalikes. Heck, if Scandal vet Artemis Pebdani wasn’t such a delightful addition to the brood, we’d almost wish Oswalt had worked in drag to play sister L.T.