The Supernatural star (temporarily) sheds Castiel’s wings and trench coat as he goes back to the past in these Timeless photos from the NBC drama’s Feb. 13 episode (airing at 10/9c), in which he guest-stars as Untouchables leader Eliot Ness. 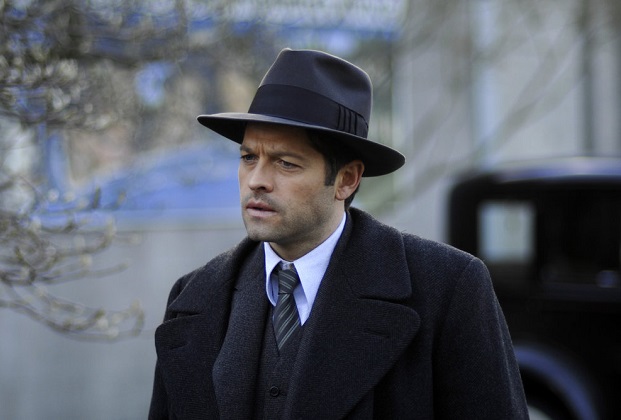 After Flynn travels to 1931 Chicago to partner with gangster Al Capone (Tyrant‘s Cameron Gharaee) — that deadly team-up is also glimpsed in the sneak peek — Lucy, Wyatt and Rufus meet up with Collins’ federal law-enforcement agent, aka the only man who can bring Capone down.

“When the Eliot Ness character first came up, I immediately thought of Misha, and I’m so thrilled to be working with him again,” Timeless and Supernatural creator Eric Kripke previously said in a statement. “Misha brings his charisma, his talent, and frankly, all of his angelic qualities to the role.”

Scroll through the gallery above for a preview of Collins’ time trip, then hit the comments with your thoughts.