Not since the days of Pimp My Ride have I seen a vehicular makeover of this magnitude.

Released by Lionsgate on Thursday, the final poster for the Power Rangers movie — which hits theaters on March 24 — freezes the zords in action, giving eager fans a much closer look at the Rangers’ new rides.

We’ve seen bits and pieces of the individual zords — Black Ranger Zack’s mastodon, Pink Ranger Kimberly’s pterodactyl, Blue Ranger Billy’s triceratops, Yellow Ranger Trini’s saber-toothed tiger and Red Ranger Jason’s tyrannosaurus — before, both in posters and in the trailer, but this poster offers much more detail (and, therefore, an excuse to judge the heck out of them.)

Take a look at the zords on the poster below, then drop a comment: Did the dinosaurs spend a little too much time under the knife? 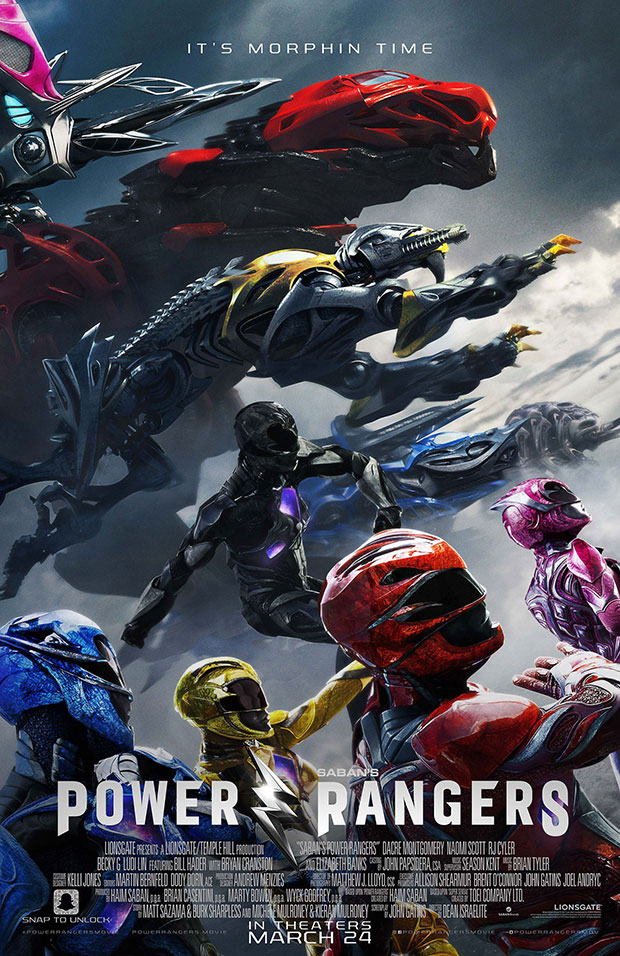