It’s official: Rapunzel has less than two months to grow her hair back out.

Disney Channel on Tuesday announced that Tangled: The Series will kick off Friday, March 24 (7:30/6:30c), following the premiere of the original movie Tangled Before Ever After on Friday, March 10 (8/7c).

Before Ever After is set after the events of the original 2010 Tangled film, but before the 2012 short Tangled Ever After. (And you thought the Marvel Universe was complicated!) Here’s the TV movie’s official synopsis:

Rapunzel grapples with both the new responsibilities of being princess and the overprotective ways of her father. While she whole heartedly loves Eugene, Rapunzel does not share his immediate desire to get married and settle down within the castle walls. Determined to live life on her own terms, she and Cassandra embark on a secret adventure where they encounter mystical rocks that magically cause Rapunzel’s long blonde hair to grow back. Impossible to break and difficult to hide, Rapunzel must learn to embrace her hair and all that it represents.

Hit PLAY on the behind-the-scenes video above, then check out the movie’s official poster below: 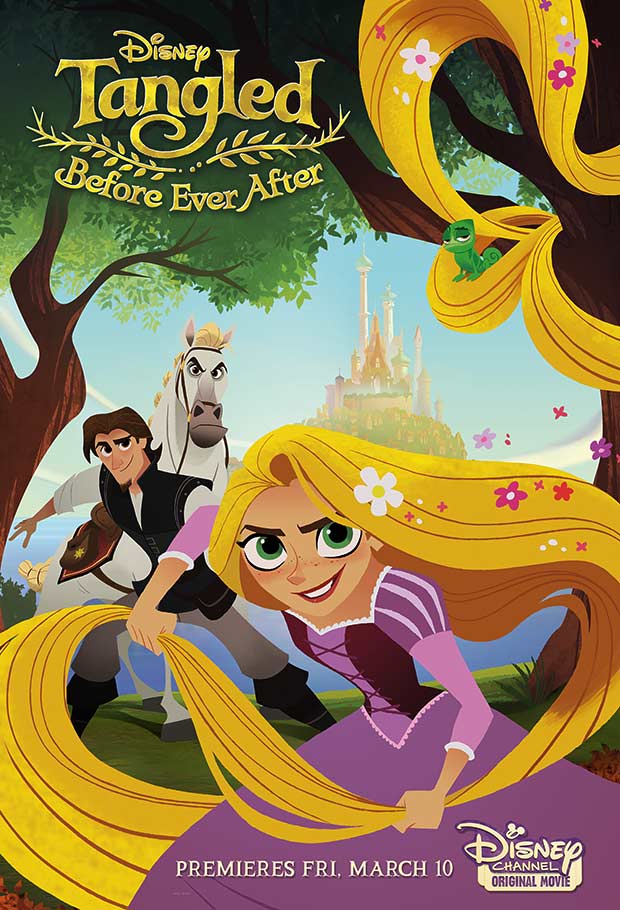