An adaptation of the Marvel comics characters first introduced in a 1982 Spectacular Spider-Man series and then in success spun off into their own adventures, the live-action project follows Tyrone “Ty” Johnson and Tandy Bowen, a pair of powered young people who as Cloak and Dagger absorb baddies into “darkness” and shoot light daggers, respectively. Our sister site Deadline first reported the castings. 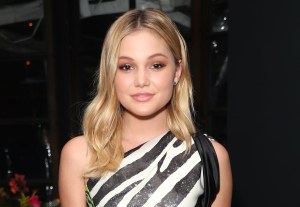 At Freeform’s May Upfront event, the project was touted as offering “a love story like you’ve never seen in the Marvel universe” (or words to that effect).

As a privileged little girl, Tandy watched as her family was destroyed by a disastrous storm that uprooted her life. Now in her late teens, an unexpected encounter with Tyrone sparks a life-changing event. Tyrone, meanwhile, wanted nothing more than to prove he was fearless — but when everything he held close was taken 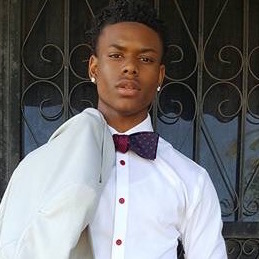 away, life taught Tyrone to be afraid. Now older and more sheltered, he closes himself off… until meeting Tandy his life changes forever.

“The characters of Tandy and Tyrone have stood out to me ever since I first met them in the pages of Marvel comics when I was a boy. When Olivia and Aubrey read for the roles, these characters leapt off the page,” showrunner Joe Pokaski said in a statement. “We’re so excited to see what these talented young actors bring to the Marvel Universe.”

“Marvel is delighted to have found our Cloak & Dagger,” said Marvel TV chief Jeph Loeb. “Olivia Holt and Aubrey Joseph encompass the true essence of the characters and we are excited for the audience to see them in these roles.”

Holt’s previous TV credits include I Didnt Do It and Kickin’ It, while Joseph — an alum of Broadway’s The Lion King — recurred on HBO’s The Night Of as Dwight Gooden Stone.