In a pitch-perfect piece of casting, Darren Criss will reunite with his former Glee cohorts Grant Gustin and Melissa Benoist when he guest-stars in the two-part The Flash/Supergirl musical episode as the Big Bad Music Meister, TVLine has learned exclusively.

“With our Flash and our Supergirl being Glee alums, how could we not have them go up against another Glee favorite like Darren Criss?” exec producer Andrew Kreisberg tells TVLine. “We have been blown away by his talent over the years and we can’t wait to see what he brings to the Music Meister.” 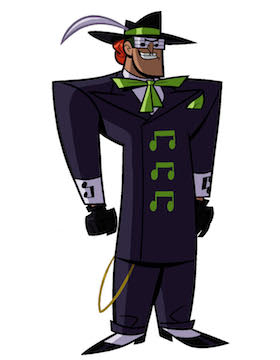 As reported last week, the anticipated crossover will air Monday, March 20 and Tuesday, March 21 at 8/7 each night. As with the network’s recent “Heroes v. Aliens” saga, the event will start at the end of Supergirl, saving most of the musical action for The Flash‘s portion of the event, appropriately titled “Duet.”

As for which characters will be singing, The CW confirmed that  Broadway vets Jesse L. Martin (Joe), Victor Garber (Dr. Stein), John Barrowman (Malcolm Merlyn) and Jeremy Jordan (Winn); and Carlos Valdes (Cisco) will be lending their voices alongside Gustin, Benoist and Criss.

Glee fun fact: Gustin’s Sebastian was initially introduced in Season 3 as a quasi-villain whose flirtation with Criss’ Blaine stoked jealousy in Chris Colfer’s Kurt. Gustin’s been anxious to get his ex–onscreen crush on The Flash as far back as 2015, telling Entertainment Tonight at the time, “I’m like, ‘Dude, we gotta get you on this thing. I don’t know in what capacity, but he’s got to.” 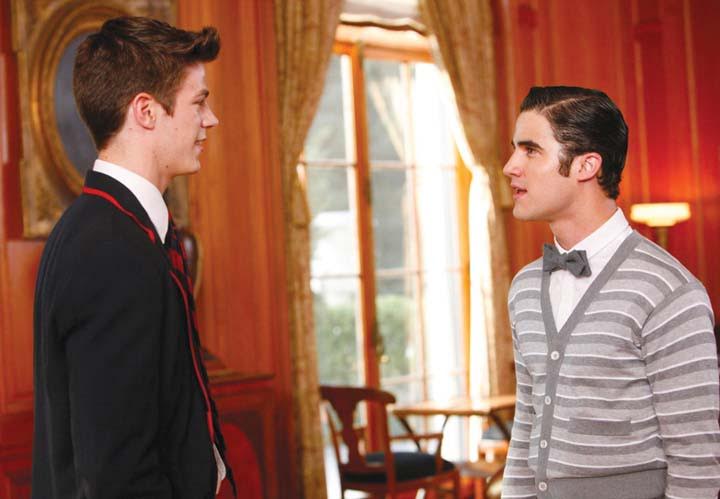 BTW, so spot-on is Criss’ casting that, yes, we neglected to include him in our Music Meister wish list (sometimes it’s the ones staring you in the face that are the most challenging to see!)

Thoughts on The CW’s mini-Glee revival on The Flash/Supergirl? Hit the comments!