While his wife decides whether or not to move their family to London, Cory asks Riley and her friends to recall some of the biggest landmarks in their lives — and to see how they might help to predict what’s still to come.

Take a look at TVLine’s exclusive first look at the emotional episode below: 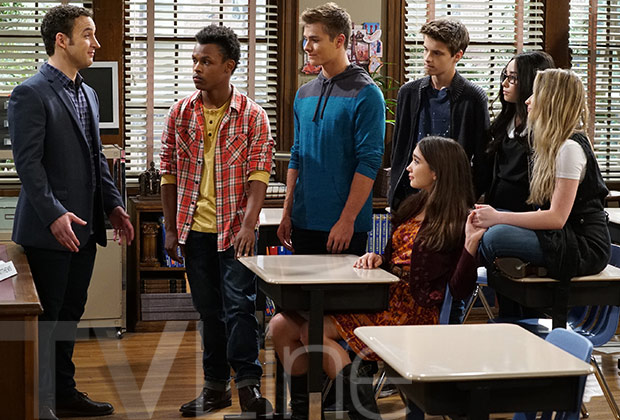 (In case you can’t tell by the pained looks on everyone’s faces, they’re all bracing for the worst.)

Of course, Friday’s big send-off — which features the show’s largest reunion of Boy Meets World cast members yet — might not be the last time we see the GMW gang. Series creator Michael Jacobs recently told TVLine that “there are talks underway” for the show to continue on another network or streaming service, but stressed that the conversations are at the “very beginning stages.”

If this does turn out to be Girl Meets World‘s final episode, how do you hope it ends? Drop a comment with your thoughts below.