The death of Carrie Fisher is hitting everyone hard, including the woman behind Fisher’s final TV role.

Carrie was my friend. It took me three series but I got her in the end. She was the most generous, fun, gifted, smart, kind, funny funny funny person I've ever met. She certainly wasn't ready to go. I'm so glad we became pals. I'm so devastated at her loss. I want to write about her more but I can't process yet.

Catastrophe just finished filming Season 3 in London, and the show was the last on-camera project Fisher worked on before suffering a heart attack last Friday on a flight from London to Los Angeles. (Fisher had reportedly already finished filming on Star Wars: Episode VIII, due out next year.) Horgan originally posted the same photo seen above on Dec. 16, welcoming “General Leia and Kylo Ren’s hand” to the Catastrophe set. 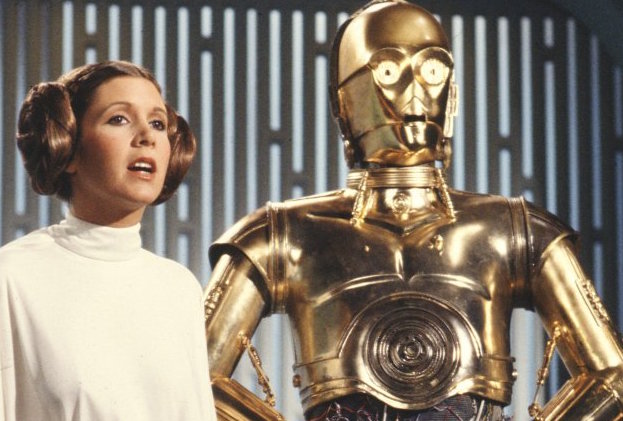 Horgan pursued Fisher to join the Catastrophe cast after she and co-star Rob Delaney saw Fisher present an award at a UK awards show. “I turned to Rob,” she remembers, “and I went, ‘That’s your awful mother!'” And Fisher was thrilled to play the part. “I did really want to play an awful person,” Fisher said, adding, “There are not a lot of choices for women past 27. I don’t wait by the phone.”

Season 3 of Catastrophe is slated to premiere on Amazon early next year.