Will she make them lip sync for their lives?

In the Jan. 2 episode of 2 Broke Girls, Max and Caroline run into drag icon RuPaul — and we have an exclusive first look at their far-from-basic encounter.

Playing himself in the episode — sans drag — the host of RuPaul’s Drag Race bumps into the cupcake entrepreneurs in a convenience store/bait shop during their road-trip misadventure to see Randy in Texas. And from the looks of the second image below, the reluctant waitresses are embarrassingly starstruck.

RuPaul is far from put off by their enthusiasm though. In fact, the Emmy winner offers Max words of wisdom about romance.

Though best known for her hit Logo reality competition and singles like “Supermodel (You Better Work)” and “Sissy That Walk,” RuPaul also boasts an extensive list of acting credits, among them appearances on everything from Walker, Texas Ranger to Happy Endings. 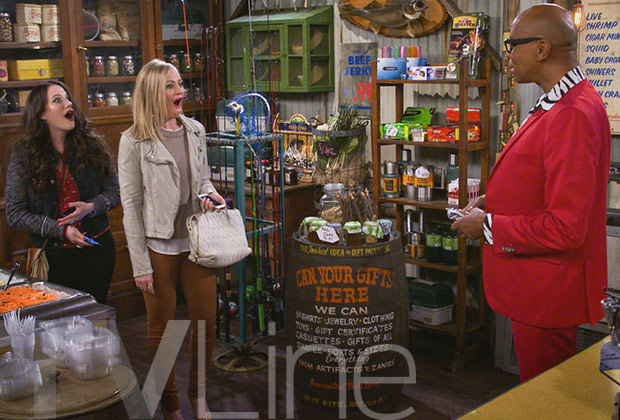