The broadcast networks have completed their run of fresh episodes for the fall — so let’s see how the ratings are stacking up thus far for the 2016-17 TV season.

Listed below, network by network, is the average Live+Same Day RATING for each series on ABC, CBS, Fox, NBC and The CW, plus the big football franchises. Also listed is the percent CHANGE versus each program’s previous full-season average (or its time slot predecessor’s performance last fall, if noted to the right).

The NOTES section also reminds of any time slot changes to keep in mind when eyeballing the up or down movements. Each program’s RANK refers to perhaps the most critical measure — how it is faring compared to other shows on the same network, since come springtime heads must be chosen to roll, to make room for shiny-and-newish pilots. 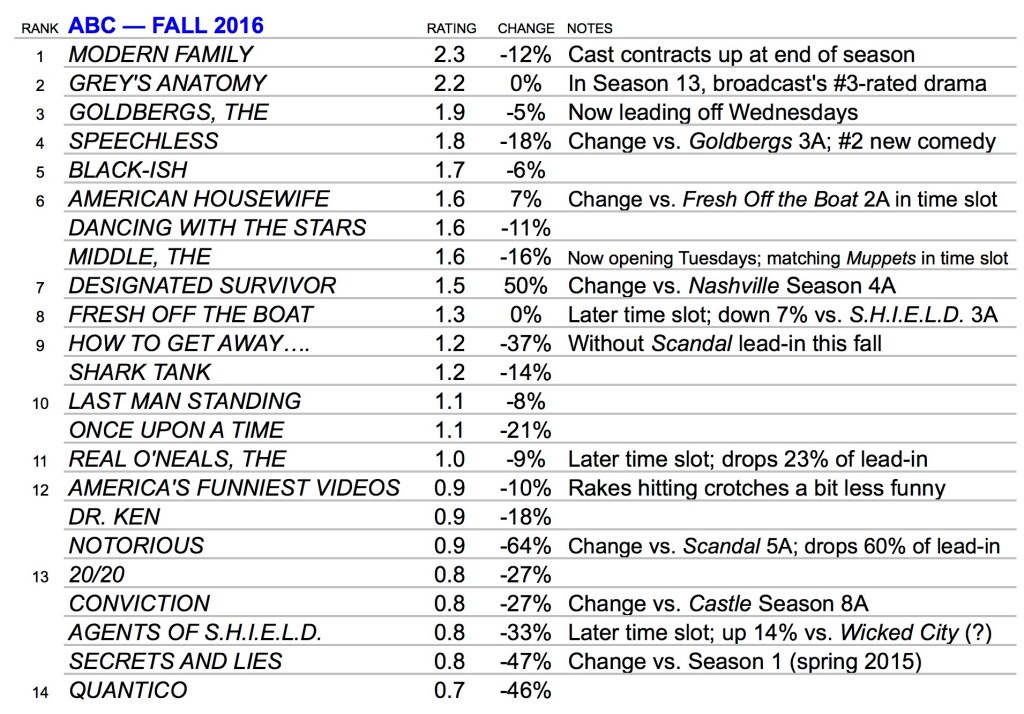 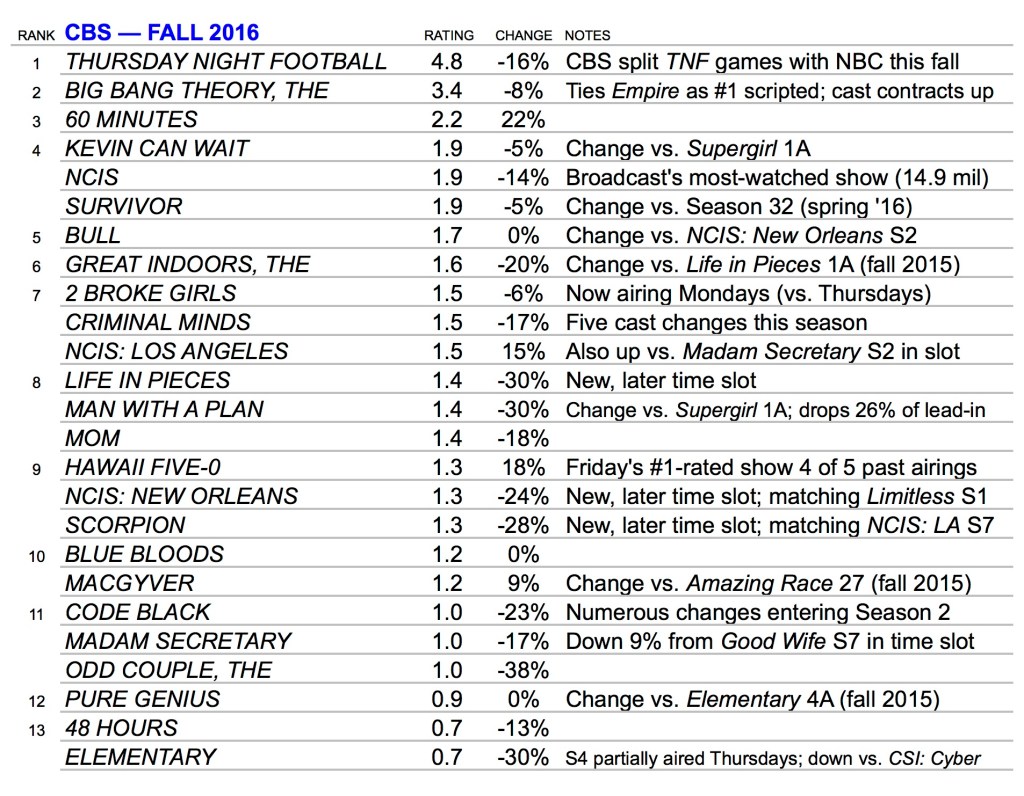 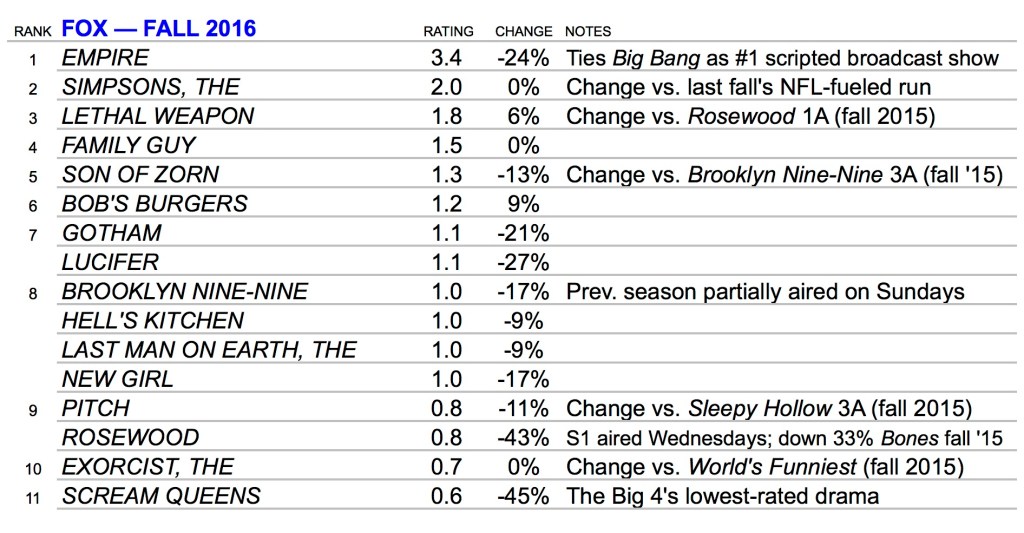 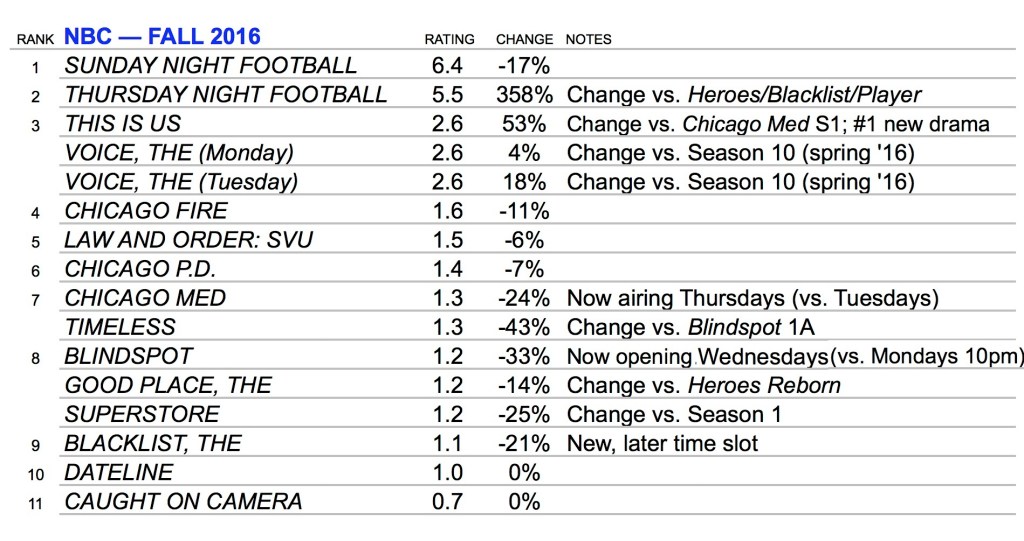