Breaking news: There’s still a ton of TV out there, kids.

FX released its annual (unofficial) Peak TV study on Wednesday and, after crunching the numbers, determined that a staggering 455 scripted original series aired across broadcast, cable, and streaming sources in 2016. That’s an 8 percent uptick over 2015’s 421 and a 71 percent increase vs. five years ago (266 in 2011).

Check out FX’s handy grid below and you’ll see why you haven’t read a book in three years. 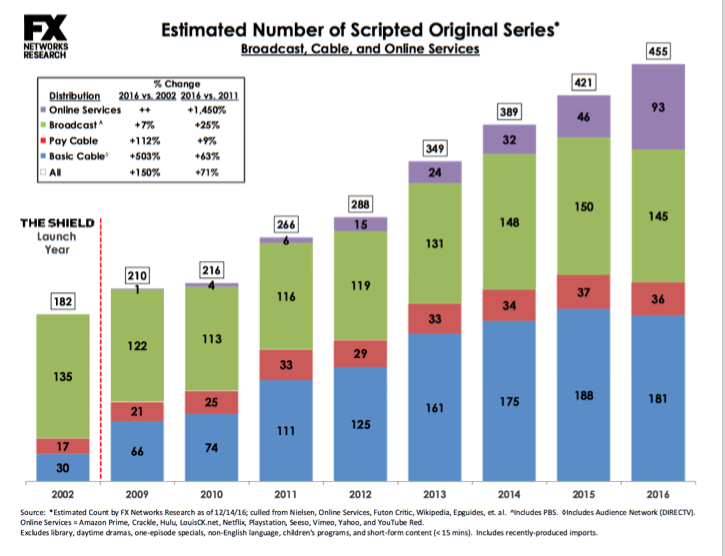