WGN America has set a premiere date for Season 2 of Underground — Wednesday, March 8, at 10/9c — and in turn released a teaser trailer plus a new cast photo.

The acclaimed drama’s 10-episode sophomore run is set in the aftermath of the Macon 7’s daring escape attempt, following their arrowing journey to freedom with legendary abolitionist Harriet Tubman — glimpsed at the close of the Season 1 finale, and now played by Under the Dome‘s Aisha Hinds — blazing the trail.

In addition to Hinds, recurring players include Jasika Nicole (Fringe) as Georgia, an abolitionist with a station along the Underground; Jesse Luken (Justified) as Smoke, the fearless second-in-command of the Patty Cannon gang; and Michael Trotter as Biographer, an astute observer of people. Additionally, series EP John Legend will guest-star as abolitionist Frederick Douglass. 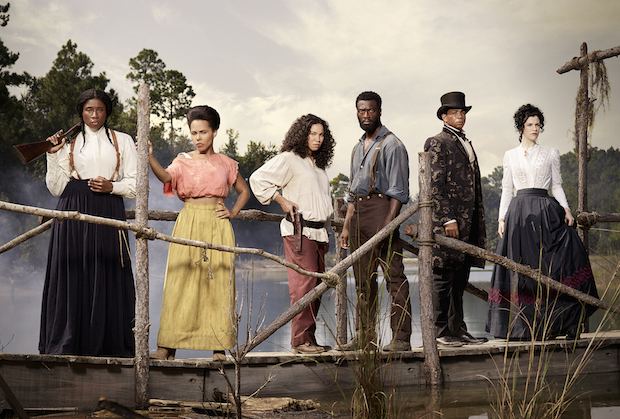