Lovable Olaf plays it cool in the face of an avalanche in this exclusive sneak peek from LEGO Disney Frozen Northern Lights, premiering tonight at 8/7c on Disney Channel.

A compilation of four all-new animated shorts from the LEGO Group, Frozen Northern Lights presents a new story from the kingdom of Arendelle, with voice talent from the movie reprising their roles.

Kids and parents can follow Anna, Elsa, Olaf, Kristoff and Sven (again voiced by Kristen Bell, Idina Menzel, Josh Gad, Jonathan Groff and Frank Welker) as they embark on an epic adventure to restore the glimmer of the Northern Lights. In the clip above, Olaf hits Kristoff with a flurry of questions, before Anna and Elsa lay eyes on danger ahead. You can also check out an exclusive image below (click to zoom/wallpaper it or whatevs).

In conjunction with the launch of Frozen Northern Lights, Frozen.Disney.com has been updated with activities tied to the new story, and Disney has launched a Frozen-inspired Instagram account (@DisneyFrozen). 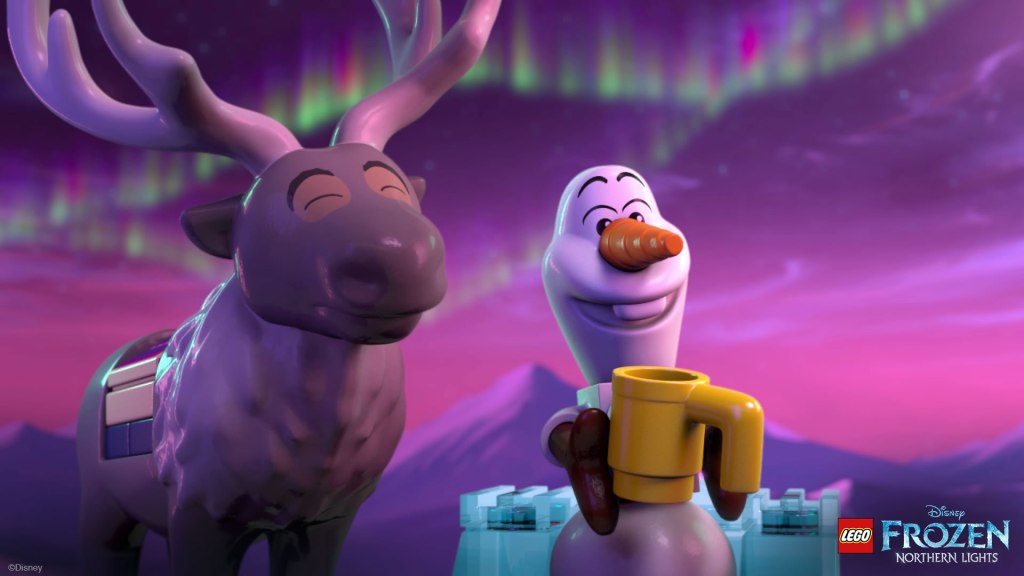