Talk about starting on a high note!

Wednesday’s appropriately hyped telecast of NBC’s Hairspray Live! kicked off with newcomer Maddie Baillio — as curvy crooner Tracy Turnblad — belting her heart out on the streets of Baltimore, setting the tone for (what we hope and expect will be) a night of must-DVR performances. 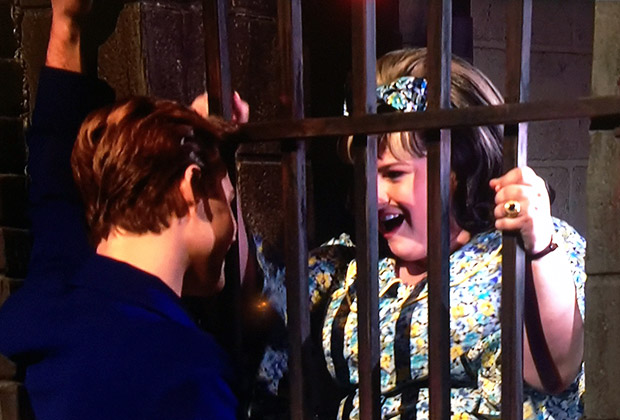 Following a sweeping overture, during which viewers were given an intimate tour of the show’s massive set, the camera landed on Baillio, and the magic began. (Well, it continued.) Taking a cue from the original Broadway musical, Baillio began “sleeping” upright (visual trickery!), but it didn’t take long for her bedroom to open up into the city streets.

As many viewers noted on Twitter, there were a few audio snafus during the song, but I wouldn’t say they detracted from the high-energy performance.

A little background on Baillio: The 20-year-old actress, currently enrolled at Marymount Manhattan College, competed with more than 1,000 other young woman to land the role of Tracy in Hairspray Live!, a process which NBC partially documented on YouTube.

Watch Baillio’s performance above, then grade it below and drop a comment with your first impressions of the overall production.