It’s so not Britney, bitch.

Lifetime on Thursday — just one day before the Princess of Pop turns 35 — released a batch of photos from its upcoming Britney Spears biopic, giving us our first look at major players like Spears (Camp‘s Natasha Bassett), Kevin Federline (Power Rangers‘ Clayton Chitty) and even Justin Timberlake (Cleaners‘ Nathan Keyes) in action. 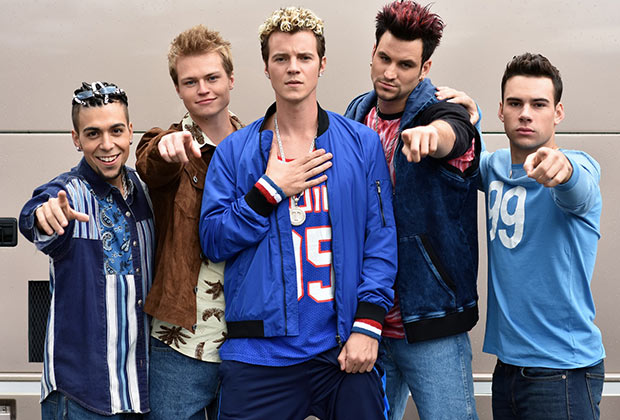 (Side note: Don’t feel bad if you don’t recognize any of those names. You probably won’t recognize their faces either, nor the faces of the characters they’re allegedly portraying.)

The Feb. 2017 movie (working title: Britney) will chronicle Spears’ rise to stardom, fall from grace, and return to the spotlight — mixed in, of course, with sordid tales of the men with whom she crossed paths along the way. (Oh, did I forget to mention all five members of *NSYNC are represented in this movie? Those pictures are among my favorites.)

Speaking of favorites, here are some of our favorite reactions to these photos from TVLine readers:

These guys look more like The Brokestreet Boys, even though I know they are supposed to Nysnc. https://t.co/mgl72Vktw1

They really grabbed some random white people off the streets 😂 https://t.co/zfvlROCXzO

Burn it with fire and then throw the ashes to the pits of hell. https://t.co/5jCLrWCfRz

Browse the gallery of Britney photos, then drop a comment: Do any of these actors look… anything like their characters?