We still feel pretty good (which is to say, rather bad) about our prediction regarding Game of Thrones‘ Stark children never being all together again. But maybe — per some new, brief Season 7 footage — three outta four ain’t bad?

The very quick look at upcoming episodes, which aired as part of HBO’s 2017 promotion during Sunday’s Westworld, gives us quick-hit, solo shots of Jon, Sansa and Arya. All are wearing clothing that makes it seem like they’re in the north. And while that’s not much to go on, the night is long and full of terrors and WE COULD USE A WIN RIGHT NOW.

The fan site Watchers on the Wall first drew attention to the blink-and-you-miss-it Thrones footage.

So far, all we know about Season 7 is that there’ll be a massive battle, Jim Broadbent (the Harry Potter films) is going to play a mysterious role, there’ll be a ton of priests and warriors involved, and the scripts made Sophie Turner cry and Maisie Williams curse.

We’ll add video of the 2017 preview when it becomes available. Ahead of that, may we interest you in some screen grabs? 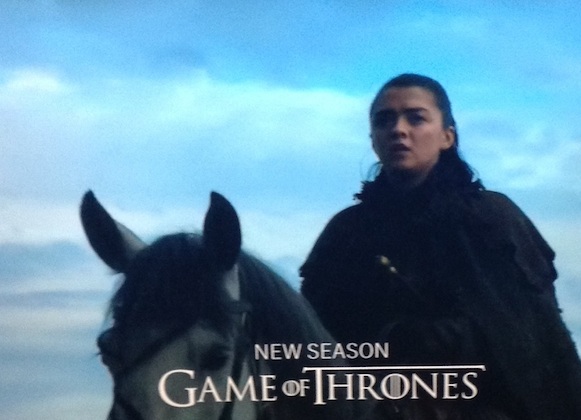 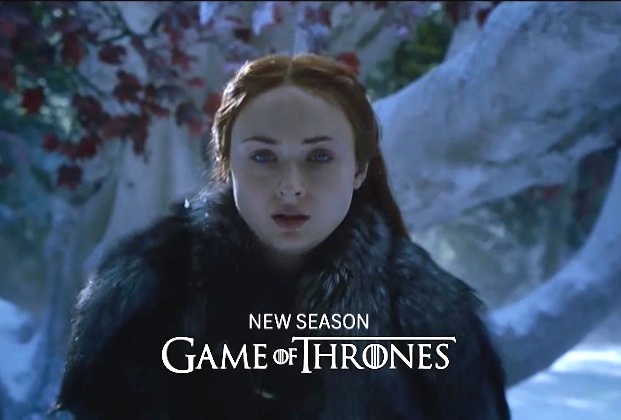