Scott Patterson‘s Luke may not be delivering any of Amy Sherman-Palladino’s final four Gilmore Girls words, but that doesn’t mean he doesn’t have an investment in them. On the contrary, one might say he’s a little too invested in them.

“I actually submitted a list of what I wanted the four words to be to Amy and Dan [Palladino],” the actor deadpans in the above video interview. “And when I found out what the four words actually were, I was quite perturbed. They didn’t take [my suggestions]. So I made some phone calls and raised the roof a little bit.”

All kidding aside, Patterson says he was “a little surprised” when he learned what Lorelai and Rory’s climactic exchange would be, adding that it was both “clever” and “made sense.” 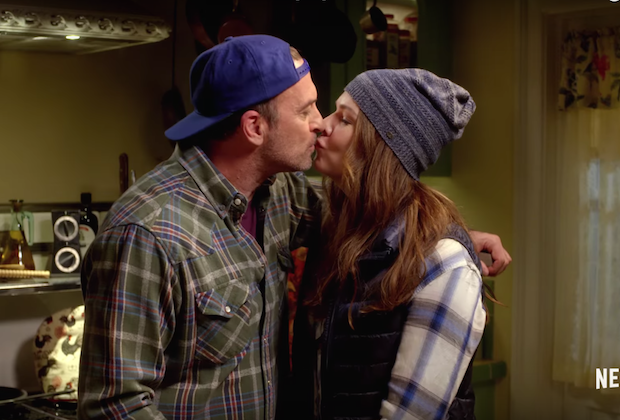 Luke’s portrayer also weighs in on how he plans to binge the four-part, six-hour revival when it makes its Netflix debut on Nov. 25 (spoiler: not all at once), and shares which of the series’ supporting players he enjoyed sparring with the most.

Watch my on-camera Patterson Q&A above, and then check back in the coming days for more from the actor as well as Lauren Graham, Alexis Bledel, and Team Palladino as TVLine’s “18 Days of Gilmore” scoop countdown continues.