The Oscar-winning actor is playing legendary physicist Albert Einstein in the upcoming National Geographic Channel series Genius, and the network released a photo of Rush in character on Friday. In it, Rush sports Einstein’s trademark wild gray hair and mustache; he’ll play the older version of Einstein, with Johnny Flynn (Lovesick) playing the younger version.

The first scripted series in Nat Geo’s history, Genius is planned as an anthology, with the first ten-episode season dedicated to Einstein’s journey from humble patent clerk to one of the great minds of our time. (It’s based on Walter Isaacson’s authoritative 2007 biography, Einstein: His Life and Universe.)

And there’s another Oscar winner behind the scenes, too: Ron Howard will direct the Genius series premiere, and serves as an executive producer on the series.

Here’s a better look at Geoffrey Rush as Albert Einstein: 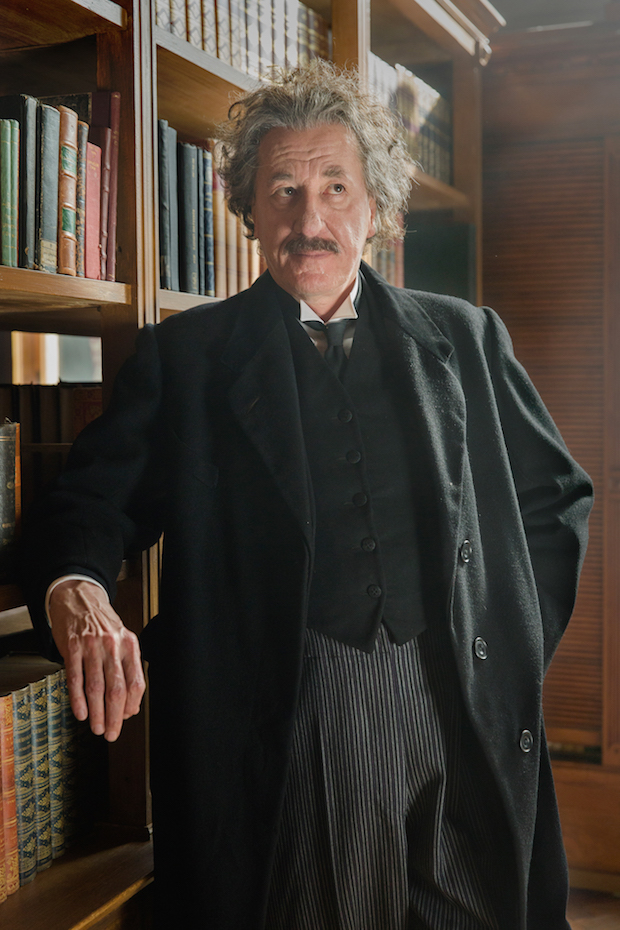 Genius is set to premiere on National Geographic Channel in 2017.

Does Rush look the part? Hit the comments and weigh in on the transformation.