Now that each of Team Arrow‘s new recruits has at least a few weeks under his/her belt, it’s time to take stock of who is hitting the mark and who is sailing wide.

For sure, the new team’s trajectory has been a bumpy one, saddled early on by Oliver’s lack of faith in the fresh faces he begrudgingly brought on. But in recent missions, there has been some coalescing — aided in part by Diggle’s return to the fold, and his helping Oliver shape the padawans.

Read our snapshot assessment of the recruits, then vote in the poll below for the ones you think are keepers. 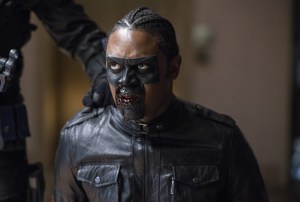 AKA Mr. Terrific
PRO: Felicity’s former Palmer Tech colleague has proven himself to be an asset behind the computer, and he can… kind of hold his own in the field.
CON: The leap from Olympic athlete to vigilante has been a giant one, and his starting-from-scratch tutelage in hand-to-hand combat has barely been documented. Also, the team already has plenty of comedic relief in Felicity. 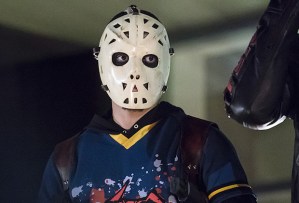 AKA Wild Dog
PRO: The scrappy street fighter has skills and guts, even if they sometimes lead him down the wrong road.
CON: Authority issues. Yes, Oliver’s a hardass, and it can suck to have to take orders from him, but he’s been doing this for years, so show the boss some respect, kid. Also: Ugh, that dopey hockey mask. Jason Voorhees scoffs in your general direction. Upgrade! 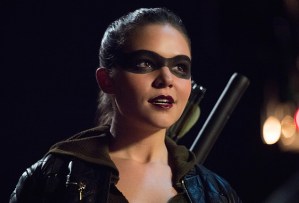 Sharp AKA Artemis
PRO: Now minus both Laurel and Thea, the team is in serious need of some girl power. Also, it’s been surprisingly interesting to witness Evelyn’s evolution from Season 4’s petulant Can’t-nary to a capable, conscientious fighter.
CON: Established as just 17, the group’s youngest member sometimes acts too much like what she is: a teenager. (Seriously, why make her so young?) 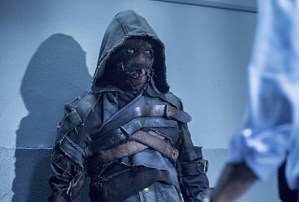 AKA Ragman
PRO: The Havenrock survivor is the most affable of Oliver’s newbies — seeing the Peter Parker-like Rory emerge from the ominous outfit never does not make us giggle — and his mystical rags possess some handy tricks. On the other hand…
CON: Doesn’t the magical, CGI- enhanced hero seem a better fit for The Flash or wherever the Hawkpeople went?